“Peretok Light”: the most important thing in the Russian energy industry in September 2021 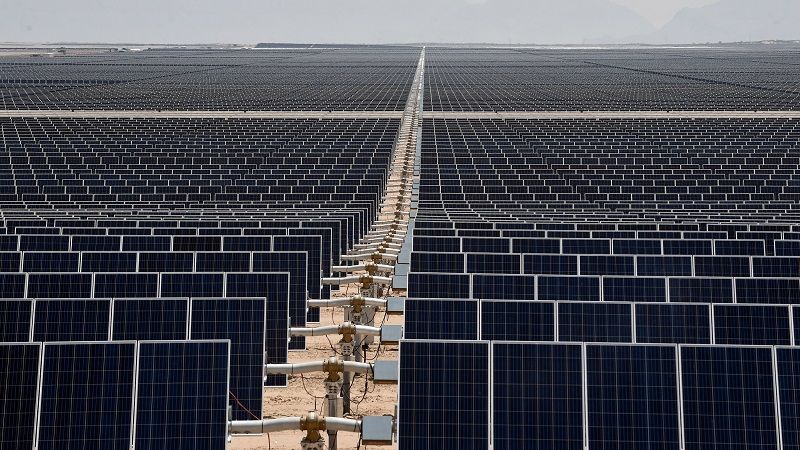 The main news item from the Russian energy sector in September is definitely the analysis and discussion of the implications of the European carbon border adjustment mechanism (CBAM), ways for the Russian economy to adjust to this mechanism and scenarios to implement the national climate policy. The Market Council and its arm – Trading System Administrator (TSA) – have launched a joint project to estimate the emission factor for carbon dioxide resulting from electricity generation in Russia's energy system.

The key agency in climate economics, Minekonomrazvitiya [Ministry for Economic Development and Trade (EcDevMin)], prepared in September a number of proposals, as well as updating the draft low-carbon growth strategy. The white paper still raises a great many questions in the power industry. The net zero emission target is put in place for TEK [fuel and energy complex (FEC)] and ZhKKh [housing and utility sector (HUS)], but no targets have been set for the other industries, with the potential for improving energy efficiency in manufacturing being largely ignored, says Aleksandra Panina, member of the management board of Inter RAO and head of the supervisory board of the Council of Energy Producers Association. For more about the issues of and prospects for energy transition in Russia, read her exclusive article for the Peretok portal.

Aleksandra Panina: “The energy transition in Russia must do no harm to the economic interests of the nation”

In the context of energy transition and carbon emission reduction targets, it is interesting that global news coverage focuses on the rapid and highly unusual increase in the prices for energy products in the seller's market. The prices are bolstered by literally everything: the post-pandemic economic recovery; the last cold winter and hot summer and more cold spells forecast; the low wind weather in Europe, which reduced VES [wind power station (WPS)] generation; the accident in the power bridge between the Great Britain and France; the drought in Brazil; China's domestic energy policy and its differences with Australia. As a result, gas in Europe already costs more than $1.2k per thousand cbm, the price of coal in China has exceeded $215, and even the oil price is buoyant on the global markets, nudging past $80 (Brent blend). The situation being what it is, even CO2 is now in short supply in Europe. While the prices are climbing and producers reduce their output, countries ramp up their imports of energy products and are more sympathetic to conventional energy sources.

As requested by China, Inter RAO to increase electricity exports there from 1 October

The Russian government has not yet made its mind on the mechanism of green certificates. The market has meanwhile started shaping and regulating this sector essentially by himself. The number of the voluntary bilateral agreements (VBAs) made for the supply of green energy has been on the rise. September saw a major contract of such nature inked between RusHydro and Sibur. The same month witnessed RusHydro issue the first ever invitation to tender for I-REC certificates and corresponding VBAs. The Company said that the ITT was prompted by frequent enquiries from consumers and promised to announce the outcome shortly. As you are probably aware, Russia's No 2 hydrogenco, En+ Group, was authorized last August not only to issue but also to redeem I-REC green certificates. The current situation raises the legitimate question of how to correctly account for the green energy being sold. Late last month, the supv. board of the Market Council gave the green light to develop a voluntary system for coordinating the use of various green instruments.

The bulk of green energy is still sourced from hydrogencos, but RES construction projects are rolling forward. In September the regulators published their shortlist for the second green generation promotion programme funded by energy market consumers (DPM VIE [renewable energy source electricity availability contract (RES EAC)] 2.0). Being below the current flat rate price of EPCWM, Fortum's minimum rates are the most publicized result of the tender and make it possible to claim that network parity has been achieved ahead of time. Thanks to the reduction in prices as a result of tendering, the wind and solar power generation capacity to be put on line under the programme will rise from 6.5 GW to 8 GW, Minenergo [EnMin] predicts.

RES are getting cheaper but don't sell

Over September EnMin finalized its target-driven vision of the capacity auction (CA) model. Early last month, deputy minister Pavel Snikkars reported that instead of a two-stage CA, the agency decided to simply reduce the tendering time frame from six to three years. Late last month, Andrey Maksimov, head of EnMin's electricity industry development, said that a proposal was submitted to the government to cut the CA time frame to four years, and the time limits for selecting TPS modernization projects (KOMMod [capacity modernization auctions (CMA)]) to five. Thus, the agency is back to the original model for long-term CA. The mechanisms will still be fine-tuned until 2023, apparently.

In September, the government adopted the eagerly anticipated amendments to the EPCWM rules to enable new technologically neutral selections. The first of such competitions is expected to select a project to put 465 MW generation capacity on line at the Bodaibo electricity generation centre of Irkutsk Oblast. One day before the publication of the decree, RusHydro said that they do not plan to bid because the tender specifications are not suitable for HEPS.

Berdnikov: “The Bodaibo tender favours cogeneration; RusHydro will sit that one out”

And major corporate news in September in a line:

Kommersant: “Belousov endorses Rosseti's idea to allow for dividends in the tariffs at the rate of 5% of revenues”

Interfax's sources: “Uniper considering sale of Yunipro or its assets”

Kommersant: “SUEK can buy TGK-14 to market its own coal”