"Peretok Light": the most important things in Russian and global energy in November 2021 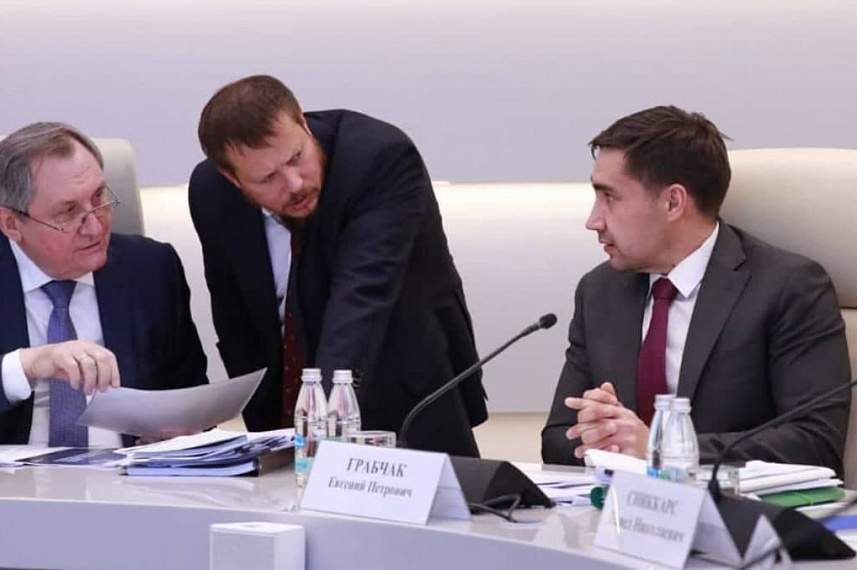 The main global energy event in November was supposed to be the UN climate conference in Glasgow - COP26. At the very beginning the eco-activists started criticizing the meeting for unambitiousness, but the final results were generally received by the expert community with restrained positivity: almost 200 countries agreed on a global agreement that calls for a faster reduction of greenhouse gas emissions and promises financial aid to developing countries. "Interfax reported that Russian delegates welcomed the Glasgow Climate Pact with satisfaction. The softening, at the insistence of India, of the paragraph on the fate of fossil fuels (the original call to "phase out" the use of coal was replaced by "phase down"), is well within the interests of the Russian side, the agency noted. Meanwhile, the price of carbon dioxide emission allowances on the European market crossed the psychological mark of €70 per ton at the end of the month.

A week before the end of COP26, the Minister of Energy Minister, Nikolay Shulginov, said in an interview with Kommersant that "we should go our own way": "not to tear down (thermal generation) by the roots and install wind turbines, but to upgrade and increase efficiency", and confirmed that the Ministry of Energy is in favour of extending the modernization program. The Ministry announced DPM-3 in October at the REN, at which time cogeneration and the extension of CCGT to CCGT were named among the priorities. Mr Shulginov has not yet provided new details, but promised that the ministry will present a "concrete proposal" in 2022.

In the same interview, Nikolay Shulginov explained why the first "technologically neutral" capacity selection (the conditions of which the Ministry of Energy has been prescribing for almost a year) to close the power deficit in eastern Siberia will not be allowed for the En+ hydro project. Only conventional generation (coal or gas) is capable of providing timely coverage of RZD's projected capacity, the minister explained, but added that the tech-neutral bidding approach is correct and their rules "have been adopted for all possible cases in the future".

Another tactical news from the government is the approval of the parameters for the cost compensation mechanism ensuring modernization and construction of TPPs in the Far East regions (including for the electrification of the Eastern Polygon). The 12.5% rate of return set for six RusHydro projects and one SGC project with a total capacity of 2.4 GW and worth over RUB 337 billion has been known for over a year. However, it has become clear what share of the costs will be borne by consumers in the Far East - up to 10% of the total payments for the capacity of the renewed TPPs. Energy buyers in the first price zone will account for about 80%, while Siberian consumers will pay the rest. The buyers of the Wholesale Electricity and Capacity Market are naturally unhappy, believing that the state-owned company (RusHydro) could implement the projects without profitability. However, Vladimir Sklyar of VTB Capital says that the transition to the CDA approach to construction is a fundamental change in RusHydro's development strategy, allowing it to reduce risks of unjustified investments, increase EBITDA and improve the company's ESG profile.

Consumers of the Far Eastern Federal District will pay up to 10% of the cost of the county's general projects, with DH1 and DH2 buyers paying the rest

In early November, Unipro's board of directors recommended that the 12 billion rubles promised to shareholders in case the Beryozovskaya TPP PSC unit is successfully launched in May be used for the interim dividend. Then, T Plus' CEO proposed to reduce the interim dividend by 30% (from RUB 4 billion) "taking into account the industry-wide approach currently under discussion, which implies finding the optimal balance between dividend payments from net profit and the amount of funds allocated for the implementation of long-term investment programmes". The company intends to invest the 1.2 billion saved in modernization of its heating networks. "Fortum, on the other hand, is stepping up its settlements with shareholders and will give them all of its net profit for the period - nearly 19.3 billion rubles - based on three quarters of the year.

"Rosseti, which reported very positive IFRS results for the first nine months of the year, almost immediately warned the market that the annual results would be worse due to the significant amount of paper write-offs. However, in the case of Rosseti, this does not affect the holding company's performance, which is important to investors. Almost formal event is the change of the guaranteed supplier of Tyva (the region for RD) due to debts to generators. "The Market Council stripped Tyvaenergosbyt of its status as a participant in the wholesale electricity and capacity market, and the company will cease to be a guaranteed supplier as soon as a successor is appointed - it will most likely be Tyvaenergo, which, like Tyvaenergosbyt, is part of Rosseti Group. True, the new SOE has more real property that can be foreclosed on, which makes the event not so formal for energy suppliers. At the same time, the grid holding continues to solve the problem of non-payment by TNS Energy and, having gained control on its board of directors, has changed its general director there for the second time this year. The new director is Oleg Dotsenko, a member of the Karelian Legislative Assembly from the United Russia Party, who had been the head of the local power supply company since 2006 and later moved with the company to TNS Energy.

Tyvaenergosbyt will lose its status as a WECM entity; it could be replaced by Tyvaenergo

The corporate sector continues to discuss a possible buyout of Quadra by Rosatom from Mikhail Prokhorov's Onexim. Estimates given by market sources vary widely and range from 15-25 billion rubles. However, Kommersant later reported that PwC valued Quadra without taking into account its debt at 57.3 billion rubles and with adjustments, at 32.8 billion rubles. As the rumours intensified, Quadra's capitalization, which previously stood at about RUB 16 billion on the Moscow Exchange, increased by 22 percent.

IF sources: "Rosatom entities are in talks to buy Quadra"

PwC has estimated Quadra at 32.8 billion rubles, its shares have risen in price by 22% on rumors of a sale

In its current operation, generation continues to face price problems in the metallurgical and fuel sectors. During the All-Russian meeting on preparation for the OZP, the head of RusHydro, Viktor Khmarin, asked to write in the protocol the need to develop a mechanism for “granting preferences to coal mining companies to increase the share of solutions ". The Omsk authorities acted easier and complained about the rise in coal prices to the federal government and the prosecutor's office.

In conclusion - a couple of noteworthy Russian and international news in one line:

Owners of gas service stations in Irkutsk region are closing down business, switching to mining

Reserve transmission line from Russia to South Ossetia for 1.7 billion rubles is included in the network