“Peretok Light”: the most important thing in the Russian energy industry in August 2021 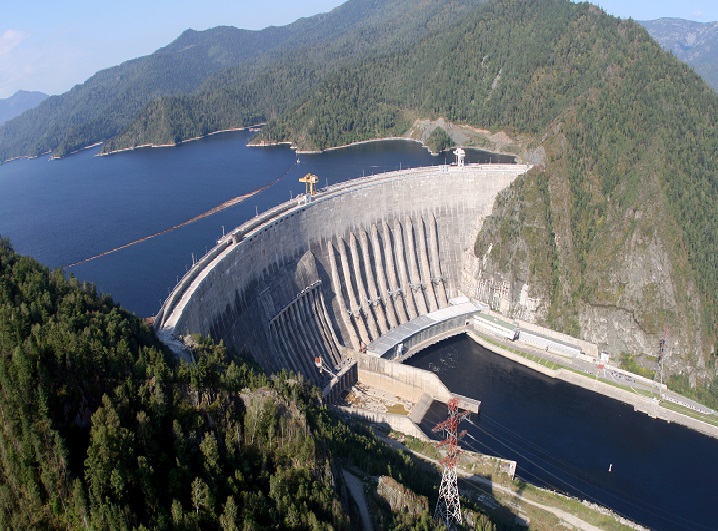 The main stream of the industry news at the end of summer traditionally fell on the semi-annual financial statements. But anyway figures look much better in comparance with the first half of last year, when the decline in consumption related to coronavirus was recorded, Energy consumption has recovered not only in Russia, energy exports in January – June turned out to be a record. Inter RAO expects to import 19 billion kWh by the end of the year, which is comparable to the peak result of 2019. The final indicators may be affected by a change in delivery conditions concerning Baltic States, but they are still under discussion.

Inter RAO hopes to export 19 billion kWh in 2021, but fixes the risk of a decrease in supplies to the Baltic States

The prospects for Russian energy exports now depend, first of all, on the mechanism of cross-border carbon regulation launched in the European Union (CBAM). At the presentation of Inter RAO's reports, analysts asked how the situation is seen by the leadership of the energy export-import trade operator in the Russian Federation.

"The version of the draft cross-border carbon regulation in the European Union (CBAM), which was officially published, still gives hope to exporters of various goods in the EU to minimize their tax burden. And the export of electricity is no exception. One of the possible mechanisms that we rely on is individual accounting for actual CO2 emissions. Such mechanism can be used by both consumers and exporters of electricity. For electricity exporters, this means the necessity to conclude a direct contract with the energy supplier, to prove that its individual CO2 emissions are significantly lower than the national average volume in the Russian Federation, and even lower than the average emissions of fossil fuel power plants in the EU. Also, the energy exporter will need to provide confirmation that the electricity from this object could reach the delivery point without technical restrictions, in our case - the border. Of course, there is no such mechanism in the country yet, but I think that it will be developed by 2026. Therefore, for the time being, our plans as an exporter are to embark on a course of individual accounting of actual CO2 emissions. In principle, this will be necessary from 2026, but also can appear in our reporting earlier, " commented Alexandra Panina, a member of the Inter RAO Board and a head of the supervisory Board of the Council of Energy Producers.

The "Kommersant" told about the view of the "strategic" Ministry of Economic Development on the problem of carbon regulation at the end of August. The Ministry of Economy has decided not to include a mandatory fee for CO2 emissions in the base scenario of the low-carbon development strategy of the Russian Federation until 2050. But the intensive scenario proposed by the ministry looks sensational, at least in terms of the proposal to build another 280 GW of renewable energy sources and nuclear power plants – which is more than the current installed capacity of a fully operational UES of Russia.

The Ministry of Economic Development basically proposes to reduce CO2 emissions in the energy sector and housing and communal services, to make the accounting of emissions voluntary

In August, government experts presented a report in which they noted that the estimates losses of Russian exporters were 25-100 times lower than the initial benchmarks. The economists attracted by the Cabinet of Ministers are optimistic about the future and believe that Russia can take its own benefits from global processes, but first the country needs to implement a number of steps to build its own system of control over greenhouse gas emissions.

Cabinet experts believe that Russia may benefit from the "green turn"

Energy-intensive export-oriented producers, primarily metallurgists, have proposed their own version of the protection from carbon regulation in foreign markets: it is necessary to get rid of the "crossroads", obliging them to pay only the actual price of the energy market and the general transmission tariff. However, they do not offer new versions of the "crossroads" usage methods, and the long-standing proposals voiced again (raising tariffs for the population, shifting costs to the budget, etc.), taking into account the position of the authorities, do not look promising.

Against this background, the regulator of the Russian energy market, the "Market Council", has started publishing average data on CO2 emissions from energy generation at fuel power plants in Russia.

Currently, domestic exporters are trying to minimize their risks related to CBAM introduction by concluding free bilateral agreements with suppliers of "green" energy and embedding both sides of the process in the international system of "green "certificates I-REC.

En+ has received the right not only to issue, but also to redeem "green" certificates I-REC

While Russia is analyzing the situation, it seems that Kazakhstan has already determined a strategy to protect its exporters. The country is the first member of the EAEU to introduce a TOUR following the European example. The carbon quota trading system has been operating in Kazakhstan since 2013, but the volume of transactions is insignificant (most of them fit into free quotas), and the price of emissions is 60 times lower than in the EU.

Last month, the government adopted several decisions within the "green" agenda framework. The Cabinet of Ministers has prepared a concept for the development of hydrogen energy, and also approved the concept of development of electric (and hydrogen) vehicles. In 10 years, every tenth car produced in Russia should be "green", but there was no money in the budget to subsidize the sales of fairly expensive electric and hydrogen cars.

The concept of electric transport development: "By 2030, 10% of cars produced in the Russian Federation should be electric"

"Kommersant": "The Cabinet of Ministers did not find money to subsidize sales of electric cars"

When planning the development of the electric car industry, the authorities also set export tasks. However, it is already obvious that it will be difficult to break into foreign markets. Among other things, the Ministry of Industry and Trade is only setting goals for the development of modern battery production, while China is already reporting on the rapid growth of the sector itself and its export indicators.

In the first half of the year China increased the production of lithium-ion batteries by 60%, imports in money value - by 70%

In conclusion, we will mention the interview of the deputy head of the Ministry of Energy Pavel Snikkars, with whom we discussed several interesting topics. We talked about possible adjustments to the conditions of the TPP modernization program and the prospects for its expansion, the introduction of a "short" COM mechanism and the principles of payment for new capacities being built to expand the Eastern polygon of Russian Railways.

Pavel Snikkars:"It is not essential to carry out a corrective COM in a year or two"