ArticlesPeretok Light: highlights of the Russian and global power sectors for October 16–28

Peretok Light: highlights of the Russian and global power sectors for October 16–28 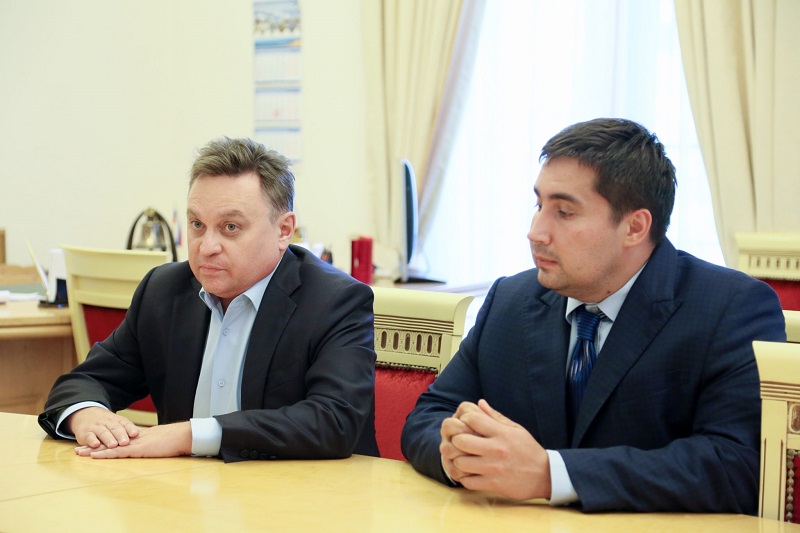 Over the past two weeks, at least three significant stories, claiming to be the main one, have unfolded in the Russian energy market. Most likely, the start is from the appointment to the Ministry of Energy - the director of the department of operational control and management in the electric power industry, Yevgeny Grabchak, was upgraded to the position of Deputy Minister at the end of last week. The possible claims of Mr. Grabchak for the post of Deputy Alexander Novak in the sector were actively discussed after he won the “Leaders of Russia” competition of managers supervised by the Presidential Administration in March.

The Head of Department of the Ministry of Energy, Evgeny Grabchak, advanced to Deputy Minister

Formally, Mr. Novak’s deputy in charge of the electric power industry is Yuri Manevich. His appointment in April was much more unexpected for the market than the advancement of Mr. Grabchak. But over the past six months, Mr. Manevich is not too memorable in the sector. In the public space, he so far prefers to confine himself to cautious statements and streamlined language. Yevgeny Grabchak, as Deputy Minister, will oversee the same issues (including reliability, investment programs and power engineering) that he was involved in as the Director of the Department, follows from the explanations of the Ministry of Energy. Earlier, at the deputy minister level, Andrey Cherezov was responsible for this functionality, in whose submission was Mr. Grabchak. Now Mr. Cherezov, “temporarily” transferred to the Ministry of Energy from the Federal Grid Company six years ago under the “technical” training project at the Olympics, will deal with the problems of economic security in the fuel and energy complex. Given the new functionality, interlocutors in the market do not exclude the possibility that in the near future Andrey Cherezov may leave the ministry. However, sources in the Ministry of Energy categorically refute this, saying that he "does not give up his positions".

This Monday, the situation around the abnormal increase in electricity prices on the wholesale electricity market has been developed in the first half of the year. Consumers who rated their “overpayment” of 60 billion rubles were supported by antitrust monitors. Having received a complaint in July, the Federal Antimonopoly Service requested information from regulators and “after a preliminary analysis revealed signs of violation of antitrust laws by several groups of persons of generating companies”. Kommersant directly links the FAS investigation and the drop in prices for the wholesale market for electricity and power markets in August-September, market analysts cite other reasons for the decline. The later version of the newspaper was officially supported by the FAS.

Korolev: “The stabilization of energy in September is connected, inter alia, with the FAS inspections”

Rosseti continues to be one of the key newsmakers in the sector. In the summer, the head of the holding, Pavel Livinsky, asked Prime Minister Dmitry Medvedev to expedite the adoption of fundamental adjustments to the network tariff system, but disagreements in the government continue to this day. The main opponent of the ideas lobbyed by Rosseti with the support of the Ministry of Energy turned out to be the Ministry of Economic Development, which, as the growth of consumer spending on energy makes it difficult to achieve targets in the economy. In mid-October, proposed changes as negative for the industry were again criticized by the bureau of the Russian Union of Industrialists and Entrepreneurs.

More recent news came from an interview with Interfax, acting Egor Prokhorov, Deputy General Director on Strategy of Rosseti. The top manager said that as part of the strategy being considered by the Ministry of Energy, Rosseti are considering various tools to increase capitalization, and not excluding the conversion of shares in subsidiaries (primarily IDGCs) into their own securities. After the interview was released, it quickly became clear that it was the idea of converting MRSK shares into Rosseti securities that could become the main driver of the “inexplicable” growth of the holding’s capitalization recently: in November-June, the shares of Rosseti went up by 116%. Market sources told Kommersant that Rosseti had voiced its proposal in private meetings with IDGC minority shareholders since the end of the last year. However, the prospects for a possible conversion (and a decrease in the state’s stake in the holding) are not yet clear: the company’s strategy has not yet been agreed by the Ministry of Energy, Mr. Prokhorov outlined a possible period of corporate reform in the period “until 2030”. In addition, the conversion may affect FGC - the most profitable structure of Rosseti - and exacerbate the long-standing hardware conflict between the holding’s management and the subsidiary, which retains elements of independence in management. At the same time, FGC still does not exclude the option of privatizing certain, most attractive for investors, IDGCs.

Kommersant: Rosseti may try to consolidate not only IDGC, but also Federal Grid Company

The situation around the global deal for the purchase of \German Uniper by Finnish State Holding Fortum, where the Russian subsidiary was at the center of scandal - Unipro, was developing not without elements of farce. The Head of Fortum, Pekka Lundmark, actually accused the Germans of playing an unfair game and deliberately blocking the deal by voluntarily including Unipro facilities on the list of strategic assets in Russia.

The parties were extremely active in the information space. After the interview with Mr. Lundmark at Kommersant on October 24, Unipro gathered briefing journalists on the same day. At the meeting, the company stated that it owns a strategic laboratory in Surgut and can obtain this status for other state district power stations, but will not do so. At the exit from Unipro office, journalists were met by representatives of Fortum, who invited them to a similar meeting with their top managers, usually extremely “closed”.

Even the prosecutor's office of the Krasnoyarsk Territory decided to participate in the fate of the global deal. Employees of the supervisory authority demanded that Sharypovo administration break off the agreement with Berezovskaya TPP “Unipro” on the lease of water utilities and other facilities that could potentially be considered strategic. The local administration did not have money for their maintenance and the company is not ready to take leased objects for concession as this will require expenses that are inexplicable to shareholders, - said the sources close to the Russian subsidiary of Uniper indicate.

Unipro owns a strategic laboratory in Surgut; it can also receive status for other state district power stations

Against this background, the Head of the Ministry of Economic Development, Maksim Oreshkin, expressed confidence that the Russian authorities will approve the deal within six months: all controversial issues have already been removed. Earlier, experts pointed out possible legal conflicts for making a decision: Mr. Oreshkin chose not to comment on the mechanism for agreeing on a deal, telling reporters that he had “said everything he wanted”. Later, the Head of FGC, Igor Artemyev, clarified that in order to coordinate the Fortum-Uniper deal, a change in federal legislation would still be required. Antitrust monitors expect amendments to be adopted by the end of the year.

Oreshkin: “The Cabinet of Ministers can approve the deal between Fortum and Uniper within six months”

Artemyev: “Amendments to the law for Uniper and Fortum deal are ready, should be adopted before the end of the year”

Among the significant news, it is worth noting the results of filing applications (completed on October 24) for state subsidies for the development of domestic high-power gas turbines (HPGT). As Kommersant found out, Aleksey Mordashov's Power Machines turned out to be the only applicant, although the amount they requested from the budget unexpectedly turned out to be below the limit of 7 billion rubles. Silmash is asking for a little more than 5 billion rubles for its project, despite the fact that its total cost, on the contrary, has grown from 15 to 17 billion rubles. Mr. Mordashov's holding might not have time to master the maximum amount of public funds, - said by the market sources. So far, 4 billion rubles have been allocated in the budget for 2020-2022 for the development of HPGTs. Moreover, in the scheme voiced by Silmash, there are obvious discrepancies in terms. The company intends to contract 15 turbines with a capacity of 170 MW by the end of 2024: such projects were included in the upgrade program for 2022-2024. Regulators plan to announce contests for running-in new Russian turbines only for 2026-2028.