“Peretok Light”: the most important thing in the Russian energy industry in July 2021 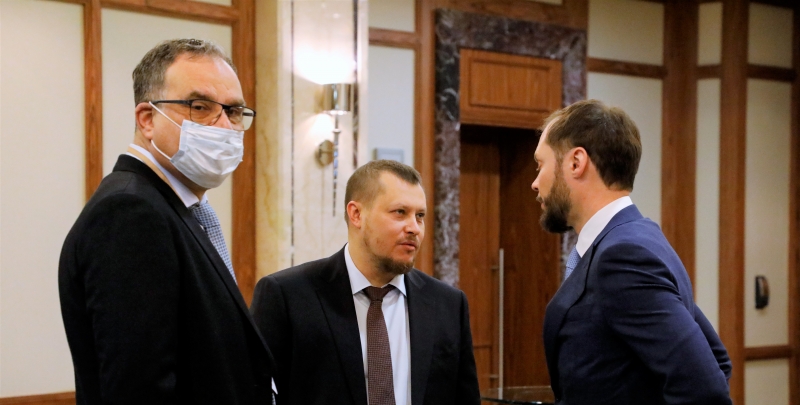 Last year's coronavirus-induced decline in electricity consumption, a harsh winter and an abnormally hot summer force the sector to closely monitor the demand's behavior. The economic recovery and the weather factor led to consumption records – in the UES South, the summer maximum was higher than the winter (traditional) peak value. In June, the demand exceeded last year's value by almost 8%, seven months increase was equal to 5.3%.

The Ministry of Energy: "Electricity consumption in the Russian Federation in January – July increased by 5.3%, while generation grew by 6.2%"

The electricity price remained the main point of consumer's concern. Of course, they grew as more expensive generation was withdrawn from the reserves. However, July began with a unique situation in the first price zone of the wholesale electricity market – the re-commissioning of nuclear units after repairs generated zero prices within a few hours. Previously, a similar situation happened only in Siberia with the restriction of the East-West flow and the "choking" in generation capacities.

By mid-July, the prices in the energy market began to break record figures – in this case, the price increase was caused by objective factors, the Market Council and the Ministry of Energy pointed out.

MC: "The price increase in PZ 1 was due to high demand against the background of heat, and a decrease in the power generation by hydroelectric power plants and nuclear power plants"

Later, the "Market Council" calculated that the "one-rate" in PZ 1 in January – June increased by 5.5% compared to the same period of the pre-covid year 2019 and by 3.8% compared to H1 2020. In PZ 2, the behavior was even less impressive – about 0% compared to the figure of 2019 and +3% compared to last year's level. In dollar terms, consumers (the most active were exporters) received even reduced energy prices, and the increase in the cost of energy on the day-ahead market turned out to be less than the increase in fuel costs, notes Vladimir Sklyar from VTB Capital.

At the same time, some of the Russian capacities were fully paid for by consumers abroad, primarily in Finland and the Baltic States – in H2 exports more than doubled against the background of cold and heat.

Central Despatch Office: "Since the beginning of the year, Russia has increased electricity exports by 2.1 times, up to 12.5 billion kWh"

One of the main topics of the year was also developed in July – the debt crisis in the North Caucasus. There is no more recent data yet, but due to non-payments by guaranteeing suppliers, the volume of debts at wholesale electricity market in June increased immediately by 6.7 billion rubles and reached 83.5 billion rubles.

The level of settlements at wholesale electricity market in June turned out to be the worst in the last 1.5 years due to non-payments by North Caucasian Federal District

In July, the financial division of the government resolved the issue of a budget solution to the problem of non-payments in the North Caucasus.

The Ministry of Finance refused to allocate 16.8 billion rubles to Rosseti to expand the NCFD's energy debts

Later, the Deputy Prime Minister Alexander Novak said that the Ministry of Economic Development and the Ministry of Energy prepared a model for ensuring payment discipline regarding electricity and gas in the NCFD. It is planned to test it as part of a pilot project for 3-5 years that will be launched in three regions. But it is worth noting here that similar programs to reduce the losses and increase payment discipline, which were previously launched by Rosseti in the Caucasus regions with the support of the federal authorities, could not significantly improve the situation.

In June, the "Market Council", on a submission from generating companies, decided to deprive Rosseti's sales departments of the status of wholesale electricity market subjects in three regions-Kabardino-Balkaria, Karachay-Cherkessia and Kalmykia. In this case, the functions of the GS are taken up by Rosseti North Caucasus and Rosseti South (Kalmykia) for 12 months. The attempts of the Ministry of Energy to hold competitions to sel ect new guaranteeing suppliers in the North Caucasus Federal District previously inevitably failed: there were no people willing to engage in collecting retail energy debts in the Caucasus. However, this time the situation may develop differently – in an interview with Vedomosti, the head of the Market Council, Maxim Bystrov, expressed the opinion that there will be applicants for the status of a GS in three regions who will agree to pay at least part of the accumulated debts of 2.2 billion rubles. The sources in the generating companies environment also do not exclude the possibility of such a scenario.

In the middle of summer, the second major debt story in the Russian energy market also developed. In July, the outlines of the scheme according to which Rosseti and VTB will "heal" the "TNS Energo" gradually began to appear. It seems that there is no longer any question of preserving the independence of one of the largest players in the sales market. Initially, Interfax found out that the owner of the sales blocking shareholding – EC TPE, 65% of which belongs to Yevgeny Giner, is ready to sell it for a symbolic 1 ruble. After that, at the second attempt, the members of the TNS Energo Board of Directors, which now consists of representatives of VTB and Rosseti, approved the withdrawal of sales fr om the forward with the same state bank. After that, information about the possible bankruptcy of the EC TPE appeared on the market.

The joint venture of Rostech and Giner sells a blocking shareholding of TNS Energo for 1 ruble, while the buyer has not yet been named

A new round of discussion about the payment for grid-tied reserves occurred in the sector last month. The Ministry of Energy took into account some of the consumer's wishes, but this did not appease the industrialists, and they again insist on maintaining the status quo, abandoning the project and searching for "targeted solutions" to specific problem points.

However, adjustments to the grid complex functioning principles are not the only global issue in the energy sector that the Ministry of Energy is dealing with this summer. The Ministry is discussing possible adjustments to the three main competitive mechanisms of the energy market, said Deputy Head of the Ministry of Energy Pavel Snikkars. Global adjustments may change the conditions for competitive power take-off (CPT) and take-offs within the framework of the TPP modernization program (CPTMod), as well as the procedure for paying for new capacities in energy-deficient areas, introducing in this case the dependence of payments on preliminary consumer applications. The idea to supplement the CPT with a "short" take-off on the eve of the year of real demand is supported by consumers who have been talking for several years about the senselessness of taking-off all generating capacities for six years ahead. The generating companies see certain risks and insist on a detailed study of the concept.

The news about the change in the development strategy of SIS for housing and public utilities was quite unexpected. The launch of the information system, for which the Russian Post was responsible, has been stalling already for several years. Today, the authorities have decided to involve to the process one of the largest generating companies, Inter RAO. The sector believes that after this, the SIS creation process will become more meaningful.

Resignation of the month – the resignation of Deputy Energy Minister Anatoly Yanovsky, who has held this position since 1998. RBC sources claimed that he was moving to work in the presidential administration, to the position of assistant head, wh ere he would oversee the work of the presidential commission on the fuel and energy sector. The new appointment of Mr. Yanovsky has not yet been officially announced.

Loss of a month

Dominique Fache passed away at the age of 73