Peretok Light: Highlights of the Russian and Global Power Sectors for February 19 - March 9 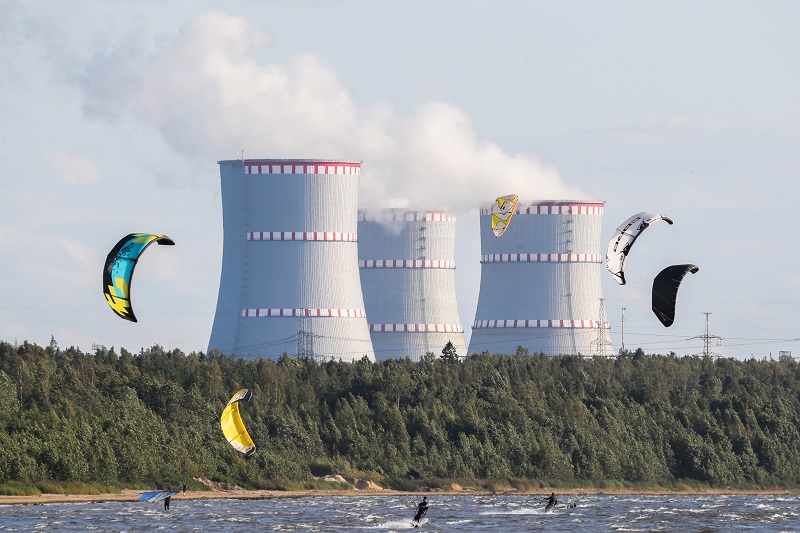 The collapse in the oil, stock, and foreign exchange markets will unavoidably impact the entire Russian economy. However, despite the aggravation of scenario conditions, in the near future, one way or another, the authorities will have to take a number of important decisions for the power sector, which have been discussed intensively over the past few weeks.

The reform of network tariffs continues to be a hot-button issue for the power community. The key element of the changes – FGC tariff differentiation – failed to find ultimate support from Prime Minister Mikhail Mishustin. He instructed the relevant ministries and agencies to count again by early March the economic effects of the redistribution of cross-subsidization due to an increase in FGC rates and a simultaneous reduction in distribution networks tariffs. There has been no information on the results of the consultations directed by the Ministry of Economic Development during the first ten days of March. But on March 2, the new Minister of Economic Development Maksim Reshetnikov surprisingly enough supported the FGC tariff differentiation project on Instagram, although earlier the Ministry of Economic Development and FAS were considered the main opponents of the reform. The position of the Antimonopoly Service has remained the same.

Almost at the same time, the State Duma announced its support of a more market-based solution to the “cross-subsidization” problem, which was declined by the authorities in early 2019 in fear of an increase in social tension.

At first glance regular trip of the new Prime Minister to the Kurgan region on February 25 has triggered a topic that raises thousands of questions among the participants of the energy market. Unification of tariffs for equation of power prices is now beyond the yet declared market principles in the power sector.

Three days later, the Chairman of the Federation Council proposed, with reference to the problems of the Kurgan, to develop a unified state policy in the formation of power prices. In early March, members of the upper house of parliament tried to explain to Izvestia the meaning of the proposed changes, but this attempt was considered failed in the power community.

Federation Council Intends to Introduce Unified State Policy on Tariff Setting since 2021, Part of Costs to be Covered from Budget

On March 4, the head of FAS, Igor Artemyev, announced the development of a bill that would make the tariff setting procedure in the fuel and energy sector more transparent. However, two days later, Kommersant informed about plans to transfer key powers in the area of tariff regulation from FAS to the government level.

Towards the end of February, Kommersant announced that President Vladimir Putin had agreed on a plan to transfer FGC under the full control of Rosseti, which could bring the seven-year autonomy of the owner of the main electric grids to a close. Two days later, Kommersant specified that, upon the information received by it, the head of the FGC, Andrey Murov, would stay in the network holding as the first deputy of Pavel Livinsky.

Kommersant: Rosseti to Get Full Control over FGC, Decision Agreed by Putin.

Kommersant: “Head of FGC Murov to Become First Deputy Head of Rosseti after Merger of Companies”

In the meantime, regulators are preparing a legal framework for debt restructuring of Rosseti structures in the North Caucasus, which is necessary for licensing retail activities. At the same time, the Cabinet of Ministers has not yet adopted the legal framework of the certification itself; its approval is expected “any day” since the new year. Despite the fact that the Market Council formally approved the debt restructuring of the North Caucasus Federal District, Rosseti has not submitted any draft agreements to market participants.

The Far East and Crimea have become the key regions of the power agenda of late February and early March. Thermal generation in the Far East continues to mar the reporting of the state-owned company RusHydro. The write-offs in the course of TPP replacement in the region have reached a climax – the Company’s profit has collapsed and is 50 times smaller. However, RusHydro is optimistic about subsequent years, stating that such broad-scale impairment will no longer take place. With a net profit amounting to 643 million rubles, this year the generator promises to transfer to shareholders almost 25 times as much.

RusHydro Plans to Spend at least 15.7 Billion Rubles on Dividends in 2020

In early March, it became known that in Crimea a modernized Sakskaya TPP with a capacity of 120 MW was put into operation without fuss and official ceremonies. At the same time, the owner of the facility, the commissioning of which was expected in mid-2019, suggested renovation of another similar TPP in the same vein for 9 billion rubles.

The most noticeable and quite surprising news about personnel appointments came on March 5.

Mirsiyapov is Appointed Belousov’s assistant to Oversee Infrastructure and Tariffs

Among appointments, the promotion of Roman Berdnikov is worthy of being noted. After resigning from the post of the First Deputy General Director for Technical Policy, a member of the Board of Rosseti in the summer of 2019, he became head of the Department for Prospective Development of RusHydro. Nine months later, Mr. Berdnikov was promoted to RusHydro’s Deputy General Director for Strategy, taking the post of George Rizhinashvili, who left the hydrogenerator in December.

Towards the end of February, the Ministry of Energy published its version of the draft of “green” certificates system, the validity of which is proposed to be extended to all renewable energy sources, HPPs and NPPs. Unlike the proposals of the Ministry of Economic Development, this scenario maintains an option for international recognition of more than a third of Russian generating capacities as "green".