Peretok Light: Highlights of the Russian and Global Power Sectors for February 1 – 18 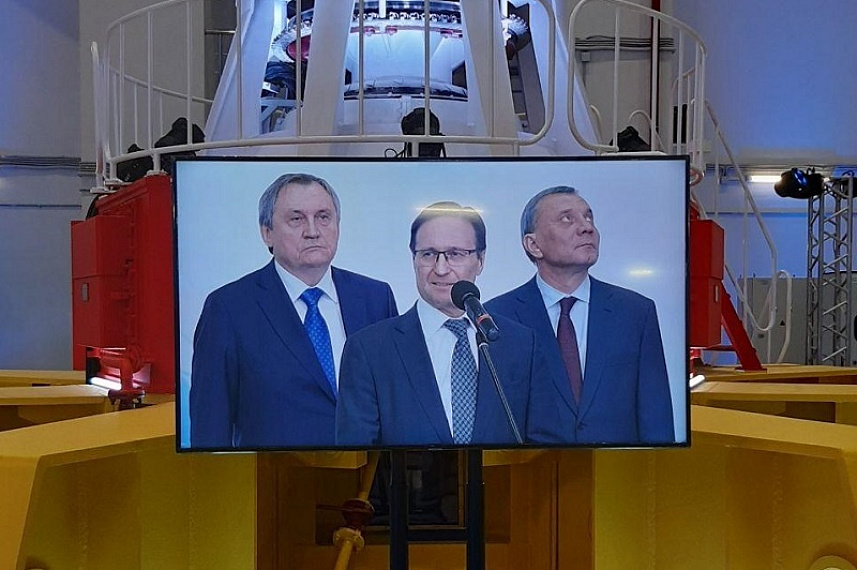 In the first half of February, the Rosseti state holding took up the role of the main newsmaker in the Russian energy market which was prompting the authorities to conduct an ambitious reform of network tariffs. The attempt to redistribute “more equitably” cross-subsidization (particularly, of the population) threatens with a multibillion-dollar increase in annual energy costs for a large scale industry that is directly connected to the FGC networks. In October, the former specialized Deputy Prime Minister Dmitry Kozak generally approved the proposals supported by the Ministry of Energy to increase (differentiate) the FGC tariff and introduce a fee for power grid reserve. However, at that point, the Cabinet of Ministers pointed out a prerequisite for reform – it should “ensure a tariff cut for power transmission services” for small scale consumers. As consumers pointed out, the stipulation could have made the process senseless: it could have been prohibited again for Rosseti to increase the reduced tariffs in the distribution networks to limits by means of the short-received revenue for previous years taken into account. At first, the government was going to get back to the discussion of this nuance before the end of 2019, but then the deadlines were postponed, the meeting was scheduled for the evening of January 15, but the Cabinet of Dmitry Medvedev had resigned a few hours before it.

There was information in the sector that the new specialized deputy prime minister, Yury Borisov, could convene a meeting on grid reform on February 27, but it took place earlier. On February 10, the interested parties gathered in the Cabinet. Media reported about the results of the meeting citing some sources, most of which stated that Mr. Borisov reacted negatively to the FGC tariff differentiation project. Some people interviewed by news agencies and newspapers reported on the neutral reaction of the Deputy Prime Minister and the promising outlook for the project approval, which probably reflects the Rosseti’s assessment of the situation. The Ministry of Energy only confirmed that Mr. Borisov had instructed to count again the financial consequences of tariff differentiation by March 1. At the same time, the Deputy Prime Minister agreed to introduce a fee for grid reserves, but the introduction of new norms was postponed until 2021.


Cabinet to Reevaluate FGC Tariff Growth, Fee for Grid Reserves to be Introduced from 2021


Interestingly enough, according to Kommersant, the process of recounting the consequences of the differentiation of FGC tariffs was assigned under supervision of the Ministry of Economy and Federal Antimonopoly Service, which initially confronted the reform. Later, FAS confirmed its position at the roundtable discussion in the State Duma.

FAS does not See Growth of “Cross-Subsidization”, Suggests Reevaluation


In an attempt to pass their initiatives through the Cabinet of Ministers to solve the issue of “cross-subsidization,” Rosseti is simultaneously looking for other funding sources for its activities. Having asked 63 billion rubles to modernize grids in the regions of the North Caucasus, which constitute the core of default payments on the wholesale electric power and capacity market, the state holding is gradually entering the adjacent sector of housing and utilities infrastructure, which will probably also require additional investments.


At the same time, Rosseti again brought up an issue of transferring grids in the Far East to it. This may cause financial difficulties for RusHydro, regional power monopolist. The generator categorically opposes such a decision, but if Rosseti had no supporters of their idea in the Cabinet before, now it is advocated by the Ministry of Energy and the Ministry of Finance, while FAS and Ministry for Development of Russian Far East are against it.


The discussion about the dividends of Rosseti in the Cabinet of Ministers may be no less interesting. The Ministry of Finance has rectified plans for the shareholder payments in state-owned companies and expects to receive this year not 4.5 billion rubles of dividends from the grid holding, as planned earlier, but 47.4 billion. So far, the question of how Rosseti which spent last year only 5 billion rubles for dividends can get several-fold greater amount has been unclear. In the nearest possible time, the government will discuss the issue of budget replenishment by means of dividends of controlled companies in a closed session.


In early February, it was reported that FAS again tries to find a solution for one of the key points of reforming RAO “UES of Russia”, which was liquidated almost 12 years ago. By the end of the year, FAS intends to obtain the right through legal action to force sector actors to comply with the prohibition on combining generation, grid and retail businesses. Rosseti, along with Russian Railways, may be the first to fall within the new norm.


After 5 years of adjournment and 13 months of delay, RusHydro put into operation the Zaramagskaya HPP-1 in early February. At the launch ceremony, the company indicated that it had no objection to building the Zaramagskaya HPP-2 at the expense of the consumers of the wholesale electric power and capacity market. The generator is ready to adjust the project by reducing the plant’s capacity from 80 to 50 MW to make it meeting the requirements of the DPM VIE 2.0 [renewable energy source electricity availability contract (RES EAC)] programme, which the authorities decided to launch, despite the protests of the energy market. After a little while, RusHydro announced its plans to complete another Soviet uncompleted construction project – Krapivinskaya HPP – and has already signed a corresponding agreement with the authorities of the Kemerovo region. But the funding sources for this project have not yet been determined.

RusHydro Aims at Minimization of HPP

Among other significant sector news, yet another attempt by Russian Railways to sell TGK-14 is worth mentioning. One of the outsiders of the market has long become a “suitcase without a handle” for the monopoly; among the potential buyers on the market Inter RAO and SGK, represented in neighboring regions, are mentioned.

Structure of Russian Railways Puts Up for Auction its Stake in TGK-14, Starting Price 2.3 Billion Rubles


Analysts: “Inter RAO and SGK may be interested in buying TGK-14 from Russian Railways”


And in conclusion, an interview with Vedomosti of the head of RT-Invest Andrey Shipelov is worthy of attention, who proposed building another 25 waste incineration plants at the expense of consumers. It’s not that the initiative was unexpected for the sector – the idea was promptly criticized by all market actors. Sovet rynka which is usually self-possessed when commenting on something lambasted the proposition.