Peretok Light: highlights of the Russian and global power sectors for October 2 - 7 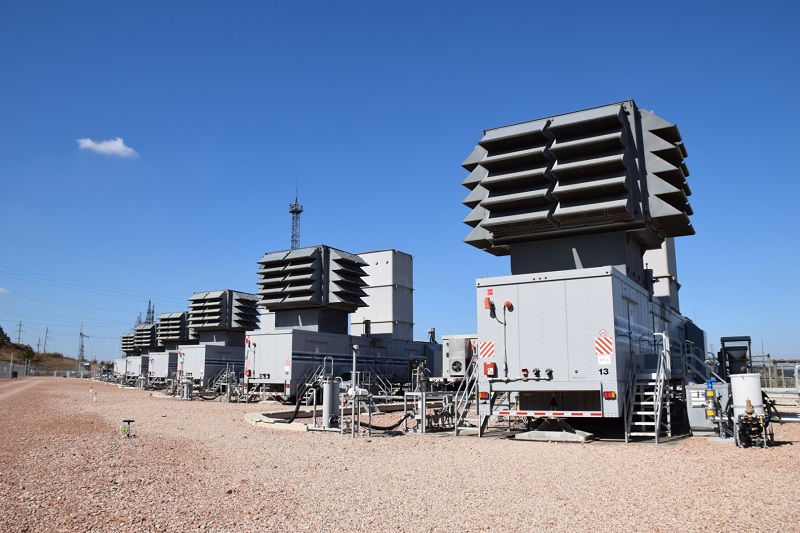 This is the third time when the beginning of October has become the time for major industry conference in the Russian energy sector. At the end of the last year, the move of Russian Energy Week (REN-2019) to St. Petersburg was announced, where at the same time an international gas forum is being held under the auspices of Gazprom. The Ministry of Energy did not support the idea, and two events were again held in parallel this year. The vast majority of sector experts gathered in the Moscow Manege, but the key energy event of these days happened in the northern capital. On October 3, Gazprom Energy Holding signed a preliminary agreement on the intention to buy a turbine producer - REP-Holding, for 10 billion Rubles from a friendly Gazprombank. Peretok tried to figure out how the deal could affect the localization / development of domestic gas turbines on the eve of signing agreement between Gazprom Energy Holding and Gazprombank.

This year, the Russian Energy Week turned out to be richer in sectoral news than in the previous ones. On the day of the conference start and in two days it was found that the Ministry of Energy had introduced two key bills to the government that were criticized by consumers of the energy market and other federal structures. It goes about differentiating tariffs of Federal Grid Company (FGC) and introducing fees for capacity reserves to which the Federal Anti-Monopoly Service and the Ministry of Economic Development were opposed. On October 2, Kommersant announced that it had introduced previous option to the Cabinet of Ministers to increase FGC rates by 50% over seven years.

However, Pavel Snikkars, the director of the Energy Development Department at the Ministry of Energy, the next day told reporters on the side-lines of the REW that the relevant ministry is proposing to shorten the transition period and differentiate FGC tariffs over three years.

The bill on power reserves fee was submitted to the government

On October 7, it became known that the government was introducing a second “high-profile” initiative - a bill introducing fees for network power reserves. The same FAS and the Ministry of Economic Development as well as the Ministry of Construction were against this idea. The consumers estimate their additional costs if the Ministry of Energy option is approved at hundreds of billions of rubles per year.

In addition, Pavel Snikkars has informed RIA News on the completion of regulatory framework preparation for upgrade of thermal power plants in the Far East. Amendments to the federal legislation will be of a framework nature, details will be specified later at the level of by-laws. Earlier, the state-owned RusHydro, which will update generation in the Far Eastern Federal District, expressed dissatisfaction with a possible decrease in the rate of return from 14% (with market selections in price zones) to 12.5%.

During REN, it turned out that Russian Networks might not be the only candidate to include the costs for consolidation of territorial network organizations (TNO) into the tariff. Previously, the Russian Networks' proposal has been agreed at the meeting with the profile Deputy Prime Minister, Dmitry Kozak: the state holding will be able to include the costs for buying TNO into the tariff. On the side-lines of the REW, the participants told about the Russian Networks' intention to return the investments: the state holding wants to get the right to maintain higher tariffs for purchased TNOs.

Russian Networks’ proposal to include competitors' costs into the tariff raises heated discussions in the sector, many experts said that the other TNOs should be provided with the same right to comply with market equality. The head of RusHydro, Nikolay Shulginov, said that the company is interested in “collecting” Far Eastern network assets, but if the tariff sources of financing are available.

The Accounts Chamber: “RusHydro TPP in Sovgavan is 65% ready, but the pace is insufficient”

In the meantime, RusHydro fights off the claims of the Accounts Chamber, dissatisfied with the delay in building power plants in the Far East. The state company received 50 billion rubles from the budget for 2012 to implement these projects but still cannot complete two of four stations.

FAS: “The Deal between RusHydro and Melnichenko will provide benchmarks for energy companies in the Far Eastern Federal District”

The development of competition should contribute to improving the situation in the energy sector of the Far East; for many years, regulators have been discussing the development of the third price zone of the wholesale energy market in the Far Eastern Federal District. Up to now, the main obstacle has been RusHydro’s actual monopoly in the region. The “expansion” of accumulated debts of Far Eastern Generating Company will allow Andrey Melnichenko’s structures to consolidate 1.5 GW of generation. The appearance of the second player does not mean the development of a price zone in the Far Eastern Federal District, but creates regional price guidelines and prerequisites for the formation of the market, according to the FAS.

Prospects of savings for buyers of the wholesale market for electricity and power are still vague due to development of competition in the Far East. Currently, consumers spend about 30 billion rubles per year on subsidizing of energy tariffs in the Far Eastern Federal District, and the authorities intend to extend this program until 2028, although with some restrictions. However, as Andrei Cherezov, Deputy Head of the Ministry of Energy, said during the REW, consumers will soon be able to save a little on the maintenance of mobile gas turbine power plants (MGTPP), which are now based in the Crimea. Development of a federal reserve of capacities on the basis of these units will reduce market costs for their maintenance by about a third.