ArticlesPeretok Light: highlights of the Russian and global power sectors for 17 to 23 June

Peretok Light: highlights of the Russian and global power sectors for 17 to 23 June 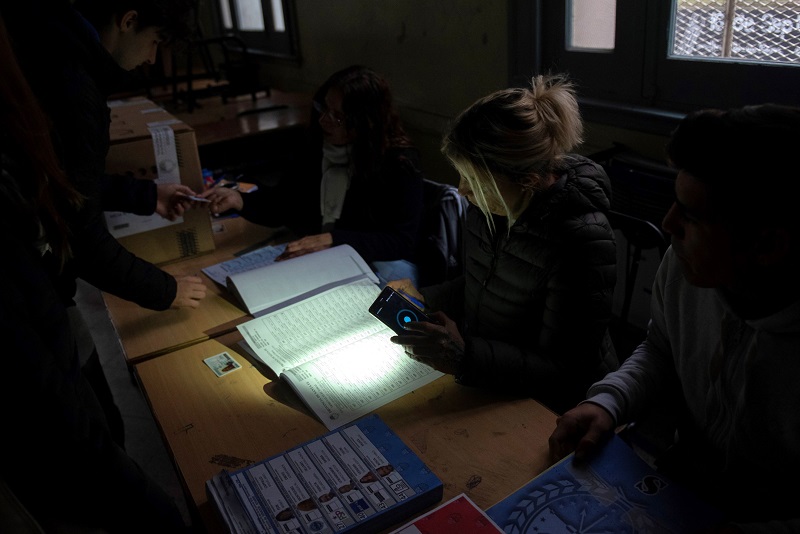 The past information week in the Russian electric power industry started with another loud initiative from Rosseti. The state holding proposed to abandon the “moderate” option for redistributing cross-subsidization (shifting a part of the financial load for the distribution network management to large consumers), suggesting an increase in the FGC tariff by 1.5 times over 7 years. The new suggestions of networkers turned out to be more radical: a fourfold increase in the tariff in 3 years.

The idea pleased the investment community, but raised hackles among large consumers, whose expenses could grow substantially. The Ministry of Energy proposed to return to the former plan to increase the FGC tariff, and the Federal Anti-Monopoly Service advised Rosseti to enhance its own efficiency.

The sector was pleased with the important news at the beginning of the week from the Ministry of Industry and Trade. Deputy Minister Vasily Osmakov said that the tender for the development of domestic gas turbines will be announced in July, by which time the second stage testing of the GTD-110M turbine, which Rostekh has been trying to upgrade for years, should be completed. 1.5 years ago, the prototype collapsed during testing, as reported by Reuters, yet the equipment suffered no fatal damage, the state corporation explained later. After Mr. Osmakov’s speech, Rostekh announced that it was going to produce its turbine at the Power Machines facilities of Aleksei Mordashov. At the same time, Silmash is considered the main contender for the victory in the July tender among the developers with state financing of up to 7 billion RUB.

Ministry of Industry and Trade: “GTD-110M passed the first series of tests, the second stage to be completed by July”

On June 20, NP Market Council gathered experts and practitioners in Skolkovo to discuss the future of the waste incineration plant construction at the expense of consumers of the energy market (SMW CDAs). So far, the only participant in the program is the RT-Invest structures, which are building five WFPPs in the Moscow region and Tatarstan. Last year, the right to build two more such power plants in southern Russia was tendered, but Rostekh’s “granddaughters” failed to come, because of the new requirement for providing financial guarantees. Now, the further fate of the SMW CDA program is being discussed in the government, the key regulator of the sector opposes its extension — five contracted WFPPs will cost almost 0.3 trillion RUB to the buyers on the wholesale market for electricity and power.

Loud was the discussion of changes in the method of calculating the standard for heat payment. On the eve of the “question-and-answer session” with President Vladimir Putin, the press center of the Parliamentary Newspaper discussed the amendments to Article 157 of the Housing Code of the Russian Federation, prepared by the government. A member of the State Duma Committee on Energy, Boris Gladkikh said that in Russia from following year it is planned to change the heating standard depending on the number of floors. The news turned out to be extremely big and hit the top of Yandex. As expounded by the journalists, the idea was as follows: as the residents of the lower floors that receive more heat due to the technical features of heating systems, will have to pay more from 2020 than those living on the upper floors of high-rise buildings. The Ministry of Construction hurried to refute this information, and also the specification was released by the Parliamentary Newspaper. Yet experts note that the issue still exists: the proposed amendments will not lead to the emergence of different tariffs for tenants of one house, but may cause an increase in fees for low-rise tenants.

On June 20, Enel Russia, seeking to liven up its package of assets, finally signed official documents on the sale of the largest coal-fired power plant in Russia, Reftinsky TPP to Siberian Generating Company owned by Andrei Melnichenko. The generator has long been looking for a buyer for an “tricky” asset and, as a result, was forced to reduce the price to 21 billion RUB (+/— 5%). Enel Russia will be able to receive up to 3 billion more from the SGC after closing the transaction “if certain conditions are met”. The following day, the seller reported that the company’s EBITDA in  would decrease by  billion RUB as a result of this transaction.

Enel Russia predicts a loss from the sale of Reftinsky TPP to 6.4 billion RUB under IFRS

On Thursday, the authorities of the Kaliningrad region reported on the successful testing of the isolated operation of the enclave’s renewed energy system at the end of May. The test actually puts an end to the process of preparing Kaliningrad to break the energy ring of BRELL — from 2025, the Baltic countries intend to connect to the European energy system. On Friday, the European Commission, Poland, Lithuania, Latvia and Estonia signed the EU switching schedules.

EC, Poland and the Baltic states have approved the schedule of power grid synchronization

Against this background, the EU’s discussion has exacerbated on the future plans for supporting renewable energy sources once again. European officials are in favor of further “greening” of the power economy, primarily in order to reduce the level of dependence on export energy resources. At the same time, the German authorities stated that renewable energy would not be enough to obtain carbon-free status for the largest EU economy, as the country would need natural gas, Russia being one of its main suppliers to the EU. The share of traditional energy in the past year has not decreased, and even increased by 0.2%; while global investment in the sector declined by 11%, which, incidentally, is partly due to lower technology costs, experts believe.

Germany does not have enough renewable energy for the transition to a carbon-free economy, it needs gas

Blackout “out of the blue”: Argentina’s experience

On June 16, gubernatorial elections were held in Argentina. Voting took place in extreme conditions: troubles on power transmission lines that provide energy from two hydropower plants turned into hours of blackout, not only in Argentina itself, but also in the border areas of three more countries. The latest issue of Peretoka reviews the probable causes of emergency, which left 50 million Latin American residents without light.