Peretok Light: Highlights of the Russian and Global Power Sectors for March 10 – 22 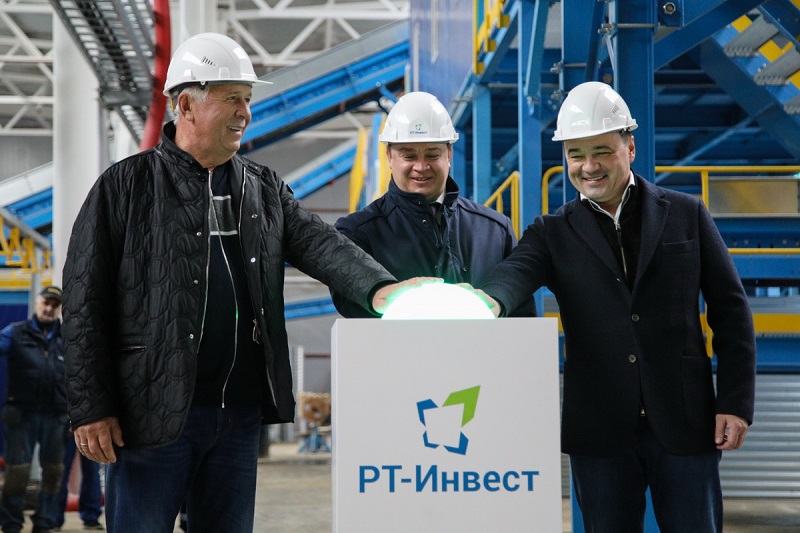 Coronavirus, which outburst in China at the end of last year, has completely seized the world and Russian news agenda by mid-March. Over the past two weeks, the amount of news in the national power sector has not decreased, to say the least, but the vast majority of messages related to the fight against the pandemic, in one way or another. At the same time, the actual power-related news continues to appear, but interest in them has significantly decreased: all key media outlets writing about power sector complain of a drop in the “readability” of news that has a zero mention coronavirus. It is not surprising that the Ministry of Energy’s most quoted message last week turned out to be information on the creation of the anti-coronavirus operational headquarters in the Ministry. Most energy companies issued releases on the transfer of office workers to a remote working and additional measures to protect operational personnel.

A significant consequence of the infection for power companies can be considered the transition to the absentee meeting form of annual shareholders meetings. The corresponding amendments to the legislation were approved by President Vladimir Putin on March 18. Inter RAO had become the first power company to announce a possible absentee meeting of annual shareholders meetings a few hours before.

Board of Inter RAO Recommends Increasing Dividends by 14.3%, Annual General Shareholders Meeting to be Held in Absentee Form

Against this background, the most important sectoral news caused a minimal reaction in the power segment. In the stream of “coronavirus” messages, the decision of Prime Minister Mikhail Mishustin, who stopped the licensing of power retail entities at the last moment, was pronounced less loudly than it could. It was planned to issue licenses by July 1, and the Ministry of Energy has been forecasting for more than a month to approve the necessary documents “any day now”. However, in the end, it was decided to abandon the mechanism; there was no clear rationale of such a decision given by either the government or the Ministry of Energy.

At the same time, despite the idea of licensing was abandoned, Rosseti still intends to sign agreements with generators on the debt restructuring of the default providers controlled by them in the North Caucasus. At the same time, the network holding continues to insist on bankruptcy of power retail entities in other regions that are in debt to Rosseti itself.

The new specialized Deputy Prime Minister, Yury Borisov, who had earlier promised President Vladimir Putin to get to the bottom of the Russian power sector in three months, has continued to give instructions on auditing the current system. The main declared goal is to reduce prices in the energy market.

The system of financing waste incineration plants may be the first under re-examination; their construction should be paid by wholesale market for electricity and power consumers at the expense of special surcharge on capacity. The current scheme is criticized by all market actors. But the only beneficiary, RT-Invest, has recently announced its intention to build another 25 incineration CHP plants by means of the mechanism, causing resentment in the sector. In mid-March, the Ministry of Energy proposed to deduct the amount of state subsidies allocated for the construction of the first five incineration CHP plants from the payments of the wholesale market for electricity and power. One can talk about 12.7 billion rubles: VEB receives this money from the budget to offset loan interest rates granted to RT-Invest structures for the construction of incineration CHP plants, Kommersant specified later.

Incineration CHP Plants May Be Short of Billions Rubles

12.7 Billion Rubles Subsidy for VEB Can Be Deducted from Payments under Power Delivery Contracts for Solid Municipal Waste

In addition, on March 20, it became known that the government abandons state funding for the construction of new nuclear power plants for eight years, and the missing 137 billion rubles should be compensated at the expense of own funds of Rosatom structures.

Another important news for the power sector was the cessation of the selection of modernization projects with commissioning in 2026. After the System Operator of the United Power System has already gathered technical applications for KOMMod-2026, the Ministry announced that the competitive capacity auction would be put on pause because the Cabinet failed to approve the rules for selecting projects with gas turbines. The Ministry of Energy suggests renewing the KOMMod after selecting 2 GW of CCGT projects, of which at least 700 MW (with a capex up to 70 thousand rubles per 1 kW) should be given to Aleksey Mordashov’s Power Machines. In early February, the Ministry published a draft that on a one-off basis shifted the dates of the KOMMod from April 1 to July 1.

Applications with Total Capacity of 13.7 GW with 3.5 GW Limit Submitted for KOMMod-2026

In mid-March, it has become known about the slowdown of the exchange of Far Eastern assets between RusHydro and Andrey Melnichenko’s companies. At first, the hydrogenerator announced the delaying tactics by SUEK structures, but later Interfax, citing sources, said that the delay was caused by an error in the license of Luchegorsky coal mine, which is still controlled by RusHydro.