Peretok Light: highlights of the Russian and global power sectors for October 29 - November 18 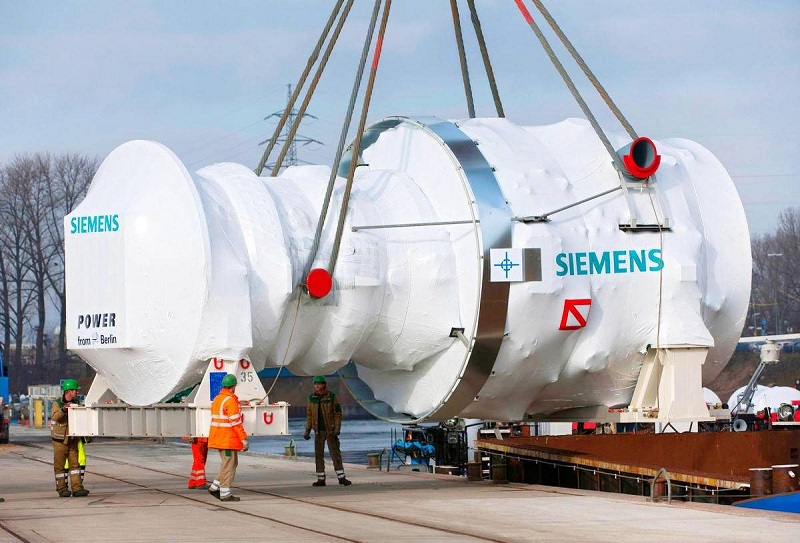 The period before and after November holidays in Russia was traditionally marked by a decline in business activity: in the course of three weeks, less than a dozen significant news happened in the domestic energy market. However, important events are reported. On November 14, at a meeting of the government commission on foreign investment, an intermediate point was set in a high-profile international deal. Russia agreed to take control of German Uniper by Finnish State Concern Fortum, which considers the takeover unfriendly. The scheme voiced by the authorities still raises questions among lawyers, but representatives of Uniper and Unipro, who previously actively commented on the process, now prefer not to discuss this issue with the media.

The key newsmaker of the first half of November was the Ministry of Energy. On November 12, a new deputy minister, Yevgeny Grabchak, met with journalists, explaining the agency’s position on a number of issues important to the energy sector. In particular, Mr. Grabchak spoke about the ministry’s proposal to allow foreign manufacturers to import large-capacity gas turbines into Russia in the next three years under the promise of exporting the same amount of equipment after localizing its production in the Russian Federation. The issue is extremely important in the framework of the all-Russian program of thermal power plants upgrade worth 1.9 trillion rubles. The proposal of the Ministry of Energy can significantly simplify the life of generators and, probably, will reduce the cost of updating the sector for which consumers pay. At the same time, the decision would jeopardize the project of Power Machines by Aleksey Mordashov, who promised to develop their own gas turbines from scratch and asking the state for a little more than 5 billion rubles.

Against this background, Silmash’s message looked very symptomatic: on the eve of Mr. Grabchak’s speech, the holding announced a “talent” contest to search for “breakthrough” solutions for the most complex component of gas turbines - blades. Silmash promises the winner a reward of 20% of confirmed annual economic effect.

Authorities continue to look for alternative ways of financing mobile gas turbine power plants (MGTPP), which are still based in the Crimea. A little more than 400 MW of reserve capacity is now paid at the rates of forced generation and cost consumers about 1.7 billion rubles a year. Initially, the Ministry of Energy proposed to give MGTPP the status of a federal reserve by reviewing the financing mechanism. Now the relevant ministry is discussing the idea of open competitive selection of capacities for the federal reserve, the volume of which can be limited to 150-200 MW. This option will further reduce consumer costs but unlikely to be of interest to FGC, which owns MGTPP.

Technopromexport will not be able to launch Udarnaya TPP on the Taman Peninsula in a timely manner, Evgeny Grabchak confirmed the market’s fears. The official reason is problems with the preparation of the gas supply scheme. Along with large gas turbines, Rostec subsidiary should install several low-power turbines at thermal power plants. The equipment configuration depends on the gas supply scheme, which Gazprom cannot agree for a long time. Therefore, Technopromexport cannot yet order small turbines, the delivery time of which is about 1.5 years.

Authorities continue to discuss behind the scenarios the reform of network tariffs. Regulators promise from the summer that the required amendments to legislation and by-laws will be adopted before the end of the year. But for now, officials are only voicing ever new parameters for possible changes. In early October, Pavel Snikkars, director of the Department of Electricity Development of the Ministry of Energy, said that FGC tariff could be increased by 50% within three years, although earlier the authorities had planned to “differentiate” the main tariff for seven years. In the author’s article, ministerial journal “Energy Policy” (published November 13), the Deputy Head of the Ministry of Energy, Yuri Manevich, said that with the introduction of fees for network reserves, the reduction coefficient for utilities and hazardous facilities could be 0.5, whereas 0.7 and 0.55 options had previously been discussed.

The Baltic States continue systematic preparations for breakdown of BRELL energy system - Latvia, Lithuania and Estonia plan to synchronize their energy systems with the European Union. The project, worth more than 1 billion euros, is 75% funded by the EU and should be implemented by 2025. But this year, the Baltic States significantly increased imports of Russian electricity and, together with Inter RAO, is looking for ways to maintain supplies from the Russian Federation after commissioning of Belarusian NPP, which Lithuania considers unsafe.

Inter RAO is looking for alternative routes to the Baltic states