“Peretok Light”: the most important thing in the Russian energy industry in November 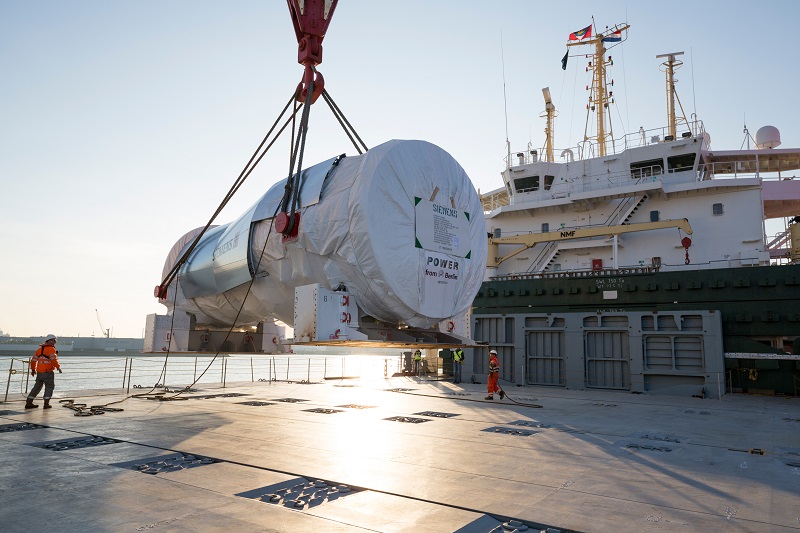 November is not yet over but the key events seem to have already happened, so we decided to afford a little false start and are releasing the November digest of Peretok a few days ahead of schedule.

The first half of the month passed under the sign of personnel reshuffles. November 9 unexpected news came from the government: head of the Cabinet of Ministers Mikhail Mishustin proposed to promote Alexander Novak to the post of Deputy Prime Minister, Nikolai Shulginov , the General Director of RusHydro was proposed to the vacant post of Energy Minister. Appointments were made the next day. Another day later RusHydro announced that the acting head of the company was appointed First Deputy General Director Victor Khmarin. The son of Vladimir Putin’s classmate has been working in the company since 2015. The same day the Prime Minister resigned the head of the Federal Antimonopoly Service Igor Artemyev who had been in charge of the department since its establishment in 2004. Mr. Artemyev became Mikhail Mishustin's assistant, the post of the Head of the Federal Antimonopoly Service was taken by the Vice-Governor of St. Petersburg Maxim Shaskolsky.

Mishustin offered Novak to become the vice-premier, Shulginov became the head of the Ministry of Energy.

Putin signed a decree appointing Novak as the Vice Prime Minister and Shulginov as the head of the Ministry of Energy.

Artemyev was appointed as an Assistant to the Prime Minister, the head of FAS became Vice-Governor of St. Petersburg Shaskolsky.

Closing the cases of Mr. Novak in his previous position, the Cabinet issued an order dismissing one of the eight Deputy Energy Ministers. Andrei Cherezov got under the dismissal, rumors about his resignation had been rumored to no avail for several years. The government's resolution to reduce the number of deputy energy ministers from eight to seven was published as early as September 7, but the name of the resigner was not mentioned for more than two months.

Andrei Cherezov resigned from the post of deputy head of the Ministry of Energy due to the reduction of his position.

As the "last rebuke" to the back of the former head of the Ministry of Energy can be considered a bill to extend the mechanism of "Far Eastern surcharge" until 2028 - the struggle to adjust the non-market dodger can hardly be called successful. The option, officially introduced by the government in the State Duma in the late November involves reforming the system and reducing the amount of assistance to consumers of the Far East Federal District at the expense of buyers of Wholesale Electricity Market gradually starting from 2022. Initially, the Ministry of Energy did not want to extend the mechanism introduced in 2017 for three years. But the inspirer of the idea, Far Eastern Deputy Prime Minister Yuri Trutnev, was able to lobby the issue at the presidential level. As a result, the Ministry of Energy had to agree to extend the subsidy but to subject to a fairly radical reduction of the list of beneficiaries. The mechanism had no time to make amendments in 2020, and was extended for a year in its original form. This year, after another round of hardware competition, it turned out that the reduction of the list of beneficiaries will not be as radical as suggested by the Ministry of Energy, and the transition period will take from three to five years. And now it turned out that the mechanism adjustments will begin only in 2022. This means that the alignment of prices to an economically sound level for budgetary organizations and utilities companies of the Far East will occur only in the last year of the mechanism.

Adjustment of the mechanism of special allowances of the Far East Federal District will begin only in 2022.

One of the first decisions in which Alexander Novak took part as Vice Prime Minister (and which became known) was to postpone the selection of modernization projects using gas turbines. The government was asked to postpone the selection until spring in order to work out the conditions that would suit the potential bidders. Regulators and participants could not agree on price parameters. As a result, the general companies do not see any economic sense to participate in the selection, the terms of which can be later extended to additional volumes of the modernization program. The decision to move KOMM-combined-cycle was made at a meeting of two deputy prime ministers, Yuri Borisov and Alexander Novak, Peretok sources say.

The sixth approach to gas turbines

Sources: "The decision to move KOMMOD-PSU to the spring of 2021 was made by the Vice-Premiers".

Mr. Novak's new position will continue to focus on the oil and gas sector and export direction while Mr. Shulginov who has worked for many years in UES System Operator, is likely to be more closely involved in the power industry. But Alexander Novak will already have to regulate the initiatives of other Deputy Prime Ministers, which affect the interests of the energy market. Little noticeable against the background of personnel changes remained the news of Yuri Borisov's proposal to level energy tariffs in five regions at the expense of neighbors. "Kommersant" found a corresponding letter to the President, the energy sector is unanimously called the anti-market proposal.

However, it fully corresponds to the prevailing opinion among officials that cheap electricity stimulates economic growth. During the discussion about the extension of the "Far Eastern surcharge" no digital evidence of this was presented. Only the governor of Irkutsk region Igor Kobzev publicly opposed the idea of equalizing tariffs at the expense of other regions: for his region 85 percent tariff reduction in Tyva will turn into a 4 percent growth. It would seem that the extra costs are not too high, but if the "Pandora's Box" is opened, the Irkutsk region (with its cheapest electricity thanks to hydroelectric power) may be the main victim - for many years the federation has been asking the neighboring Transbaikal region and Buryatia for price equalization with Priangarie.

Governor: "Irkutsk Oblast will not agree to equalize energy tariffs with Tyva".

The main international energy topic of November should be considered not too successful launch of the first unit of the Belarusian NPP. Officially "raising the capacity of the unit to 40% of its nominal value" three days after the unit was included in the network, President Lukashenko declared Belarus "nuclear power" on November 7. The next day the unit had to be shut down due to the breakage of Italian transformers. Rosatom, which suffered, above all, image damage, called the situation quite normal for this stage of startup and corrected the failure within 10 days - November 19 block was back on the grid. Russia as an electricity exporter, the launch of BelAES brought positive news: Lithuania, as promised, closed its cofferdam for commercial flows on November 3, fearing energy imports BelAES. But at the same time it turned out that "Inter RAO" managed to agree with Latvia and Estonia on new delivery regulations, and from November 5 was opened for export power transmission lines from the Pskov region to Latvia.

The first power unit of the BelAES was experimentally included in the power system of Belarus.

Lukashenko held a "ceremony to increase the capacity of the power unit" at the BelAES.

BelAES is stopped, some equipment needs to be replaced at the plant.