“PeretokLight”: the most important thing in the Russian energy sector in July 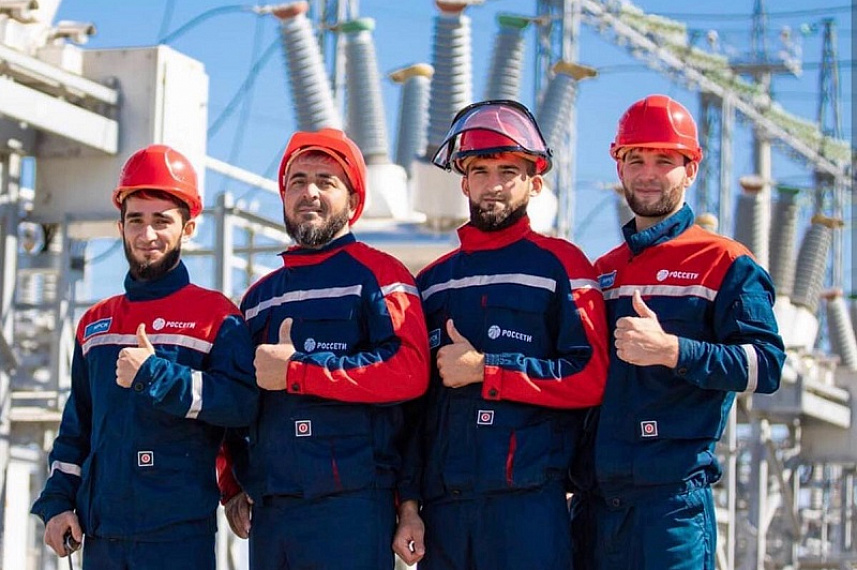 The second half of the year was supposed to begin with the introduction of significant changes for the energy sector, but at the same time the sector was concerned about the possible rejection of the annual indexation of tariffs. Against the backdrop of the coronavirus downturn in the economy, the State Duma expressed a populist idea of ​​supporting the population by refusing the inflationary increase in tariffs, which has been held for several years in the middle of the year. All relevant ministries and departments spoke out against. The Ministry of Construction estimated the shortfall in income if the indexation was canceled only for water supply companies, which had already lost up to 80 billion rubles in three months of the pandemic, at another 300 billion. As a result, the planned increase in tariffs within the framework of inflation from July 1 nevertheless occurred, on average by 4%.

An innovation in July was supposed to be a transition to licensing of energy sales, aimed, first of all, at the final solution of the problem of non-payments in the sector. The corresponding federal law was signed by President Vladimir Putin in the end of 2017. Back in March, the Ministry of Energy was confident that the procedure for issuing licenses to sales would be launched from July 1. But the situation turned upside down at the last moment. The decision of Prime Minister Mikhail Mishustin to refuse licensing, made three months before the start of the procedure, came as a surprise not only to market participants, but also to regulators. There was no official explanation from the Cabinet of Ministers: sources of “Kommersant” only suggested that the refusal could be due to the fact that the procedure for issuing permits and constant monitoring of financial indicators of energy sales did not fit into the “regulatory guillotine”.

To cancel licensing, it was required to amend federal laws, it was technically difficult to do this within three “coronavirus” months. The authorities made an interim decision – on the last day of June, the Cabinet of Ministers published a decree allowing energy sales companies to operate without a license until July 2021. There is no final clarity on this issue. On the one hand, the government has a year to amend federal legislation and forget about licensing forever. On the other hand, the Cabinet did not formally close the issue, and the situation can be backtracked.

The Cabinet of Ministers formally postponed the licensing of energy sales until July 1, 2021

A competitive selection of projects for the modernization of thermal power plants (COMMod) with a commissioning date in 2026 and a related competition for renewal projects using a CCGT was also to have taken place by July 1. Initially, the timing of these selections was shifted from April 1 by three months due to the unavailability of the regulatory framework for the competition for gas turbines. But against the backdrop of the pandemic, the authorities had to announce another reprieve. As in the case of licensing, the Cabinet of Ministers announced the re-postponement a day before the expiration date – on June 30. To comply with the new deadlines, the “UES System Operator” promised to publish the updated information required for the COMMod for 2026 no later than August 11.

COMMod-2026 will take place before September 1, CAPEX for GTU is set at 70 thousand rubles per 1 kW

Three weeks later, on July 22, the Ministry of Energy published a draft resolution of the Cabinet of Ministers, removing from the localization requirements projects for the comprehensive replacement of STUs for CCGTs with a capacity of up to 250 MW, provided that the CCGT equipment was purchased before 2015 and had not been operated earlier. In this case, we are actually talking about the only project – the modernization of the Naberezhnye Chelnyy HES “Tatenergo”.

The third important change, introduced on July 1, was the transfer of responsibility for electricity meters from citizens to sales and network companies: the former are now responsible for the meters in apartment buildings, the latter – for other consumers. As noted in the Ministry of Energy, citizens will be able to save 5 to 20 thousand rubles, which costs the purchase and installation of a meter. Now the population is only responsible for the safety of the device, and its purchase and maintenance is transferred to sales and networks. According to the Ministry of Energy, in the second half of this year, 2 to 2.5 million metering devices will be installed. Initially, it was assumed that the new owners will immediately begin to install “smart meters” as part of the creation of a smart metering system (SM). But in the adopted version of regulatory enactments, the idea has so far become a voluntary option: companies themselves decide to install “analog” devices or introduce “smart” ones – in the next year and a half, the mandatory requirements for meters will not change. Until 2022, decisions on the installation of SM will be made by companies jointly with regional authorities and taken into account when setting tariffs. Sales are likely to be transferred to the SM, taking into account the financial position in each individual company, “Rosseti” previously stated that they are ready for the total implementation of SM from July 1.

The fourth plot, tied to the beginning of the second half of the year, is associated with the activities of “Rosseti” in the North Caucasus. On July 1, the main part of the agreement between generators and “Rosseti” on the restructuring of the multibillion-dollar debts of the North Caucasus, Tyva and Kalmykia to the wholesale electricity and power market suppliers came into force. The main condition is 100% payment of current payments by guaranteeing suppliers (controlled by “Rosseti”) in the indicated regions. As “Peretok” found out, during the second half of the year the deal could cost the state holding up to 12 billion rubles. “Rosseti” is still responsible for non-payments in the North Caucasus Federal District, but the situation has radically changed for generators, which will be able to make financial claims not to sales, which do not have valuable property, but to a subsidiary of “Rosseti”, which owns network and other assets.

At the end of July, the situation around another problematic player in the wholesale electricity market was resolved – “Volgogradenergosbyt”. On July 28, “Kommersant” reported that the sales, which was previously part of the “Energostream” holding, was able to agree with the energy market to restructure a debt of 13 billion rubles. The company promises to fully repay its debt to “Rosseti” by 2024, and to energy producers by 2027.

In the third decade of July, the head of the Ministry of Energy Aleksandr Novak went on a short tour to the east of Russia. Arriving in the Trans-Baikal Territory, the governor of which last year actively lobbied for the return of the region to the system of regulated contracts, the minister announced the need to equalize tariffs here to the level of neighboring regions. Observers believe that this statement is more of a ritual in nature and is unlikely to result in real decisions that will not please the participants in the energy market. However, three days later, sources of “Interfax” announced the creation of a working group under the auspices of the FAS, which would have to analyze the situation in the region.

Novak: “Energy tariffs in Transbaikal should be equalized with neighboring regions”

At the same time, significant news came from the antimonopoly service itself – the long-term curator of the fuel and energy complex Anatoly Golomolzin left the FAS. However, he lost the “energy” functionality back in February, having transferred it to Andrey Tsarikovsky, and the electric power industry has long been supervised by Vitaly Korolev.

FAS Deputy Head Anatoly Golomolzin resigns of his own free will

From Chita, Aleksandr Novak went to Khabarovsk, troubled from the point of view of the Russian authorities. There were no loud statements following this visit, but a couple of days later, the newly appointed acting governor of the region, Mikhail Degtiarev, issued a message aimed at calming the Far East and causing bewilderment among energy market experts.

The main public discussion in July in the energy sector revolved around the differentiation of the FGC tariff. Disputes on this matter died down during the pandemic, but as the quarantine restrictions were lifted, they intensified again. In the middle of the month, it became known that the Ministry of Economic Development estimated the additional costs of consumers from the increase in the tariff of backbone networks at 42 billion rubles a year, but still supported the initiative of “Rosseti” and the Ministry of Energy.

Three days later, the FGC tariff differentiation project was supported at a meeting with the head of the government apparatus Dmitry Grigorenko and sent to the Prime Minister. At the same time, during the week, metallurgists and their lobbyists sent at least five letters to top government officials, warning that the adoption of the bill threatens a decline in production, investment and taxes.

Consumers bombard the Cabinet of Ministers with letters, protesting against the differentiation of the FGC tariff