ArticlesPeretok Light: highlights of the Russian and global power sectors for 24 to 30 June

Peretok Light: highlights of the Russian and global power sectors for 24 to 30 June 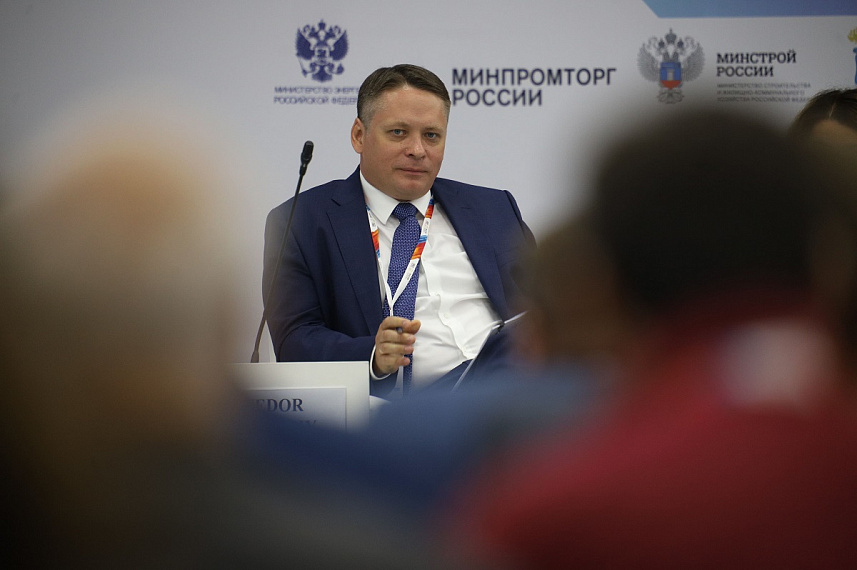 Upgrade of thermal power plants continues to be a key issue for the energy community. The market is waiting for a government decree, which should approve selection results for If the results of the competitive selection no longer cause sharp disputes, then the projects included in the program by decision of the commission, continue to annoy consumers. The latter managed to “reach out” to Deputy Prime Minister, Dmitriy Kozak, who ordered to analyze the cost of the most expensive projects in Siberia: it is comparable to the cost of building the most expensive Russian atomic blocks; the consumers are dissatisfied. The Ministry of Energy and the “Market Council” should present their position on revising capital expenditures on SGC projects in the Krasnoyarsk Territory and on introducing limits of prices within the framework of the commission quota before July 14.

Between TPP and CCGT

At the same time, possible adjustments to the TPP upgrade program in subsequent selections is now causing the widest discussion within the sector. The round table on this issue was the most informative event of the Russian International Energy Forum (RIEF), which was held in St. Petersburg last week. Possible adjustments, prospects for localization (development) of gas turbines and distribution of “released funds” of consumers, due to which investments are returned to generators — are provided in a large exclusive review of “Peretok” following the results of RIEF-2019.

In 2018, TGK-2 implemented the investment program by 50%, the prosecutor’s office requires a revision of tariffs

The most active critic of the initial selection results for upgrade was TGK-2, which failed to carry out any of its projects on the final list. Dissatisfied top-managers twice applied to the government with the requirement to include their projects in the list of upgraded facilities for first, as part of the competition list, and then according to the quota of the commission. At the same time, TGK-2 has not yet submitted to the Ministry of Energy applications for participation in the capacity renewal program within non-price zones and, as the prosecutor’s office of Arkhangelsk region has established, only 50% fulfilled its last year’s investment obligations, although the entire amount of investments was included in the tariff. Currently, the supervisor insists on revising the tariffs of TGK-2, which could threaten the company with significant financial losses.

The old dispute on reserve ratios again intensified on the eve of the first competitive power take-off six years in advance (previously, the CPT was for three years) in the sector. The value of this indicator has a significant impact on the wholesale price of electricity; consumers are asking authorities to revise coefficients over several years. The current methodology makes it necessary to reserve 27% of additional capacity in Siberia; energy buyers insist that such a large amount of “spare” capacity is redundant. Justifying their dissatisfaction, consumers refer to the study of the Institute of Energy Systems named after L.A. Melentyeva Siberian Branch of the Russian Academy of Sciences. The issue, which price is estimated at 60 billion Rubles a year, will be discussed in the Market Council on the upcoming Wednesday, July 03.

Last week, the head of Russian Networks, Pavel Livinsky, who launched a broad campaign to defend the interests of his holding, turned out to be extremely active last week. On Wednesday at the annual meeting of FSK shareholders, Mr. Livinsky said that Russian Networks propose to make decisions on the consolidation of network assets “at the level of government regulatory documents”. He did not disclose the details, but made a reservation that the new state mechanism is necessary for the transfer of FSK’s mains networks “without any withdrawals of assets” with monetary compensation to owners at a market price. However, the state holding has not made much progress in “gathering networks” on market terms.

On Friday, the prime minister’s press service announced the meeting between Pavel Livinsky and Prime Minister, Dmitry Medvedev. The head of Russian Networks asked to speed up the adoption of amendments to the regulatory framework, changing the order of preferential technical connection, introducing a fee for the network reserve and long-term tariff regulation in networks. Mr. Medvedev responded by promising to speed up the process of preparing regulations.

However, the past week brought Russian Networks not only good news. On Monday, “Kommersant daily” said that the Ministry of Economic Development and the Ministry of Energy are proposing to adjust the parameters of long-term tariff regulation in distribution networks, which the Federal Anti-Monopoly Service plans to introduce in pilot regions as early as next year. The FAS’s experts have already calculated that the transition to the “standard” will increase consumer spending by 52 billion Rubles a year. To avoid such significant growth, the Ministry of Economy proposes to clarify the method of calculation, and the Ministry of Energy — to limit the business profits of networks, which is taken into account in the required gross revenue — 5%.

Generators are predictably against the transition of Khakassia to regulated contracts

Last week, the governor of Khakassia, Valentin Konovalov, confirmed the worst market fears: the example of the authorities of the Trans-Baikal Territory, which are trying to divert their region from the energy market to regulated contracts (RC), was infectious. In May, the State Duma was to adopt in the second reading the amendments to the Federal Law No. 35 “On Electric Power Industry”, “closing” the list of regions on taxiways: it was planned to leave only nine “problematic” subjects of the Federation in the non-market zone. Since the beginning of the year, Acting Governor of Transbaikal, Aleksandr Osipov, has launched a broad public campaign to include the republic in the “list of territories with a special status” on the energy market. Having enlisted the support of the Assistant to President, Andrey Belousov, Mr. Osipov actually forced the State Duma to postpone the second reading of the bill (scheduled for the last decade of May) for further consultations on Transbaikal. No information on the results of these discussions was received by public in June. The opponents in the sector does not exclude that possible approval of the final list of regions for RD will be postponed until the autumn, when gubernatorial elections will be held in the Transbaikal Territory. “There are no particular political reasons to support intrigue against Khakassia — a representative of the Communist Party of the Russian Federation, Valentin Konovalov, was elected as the head of the region only last year”, they added.