Peretok Light: highlights of the Russian and global power sectors for 22 to 28 April 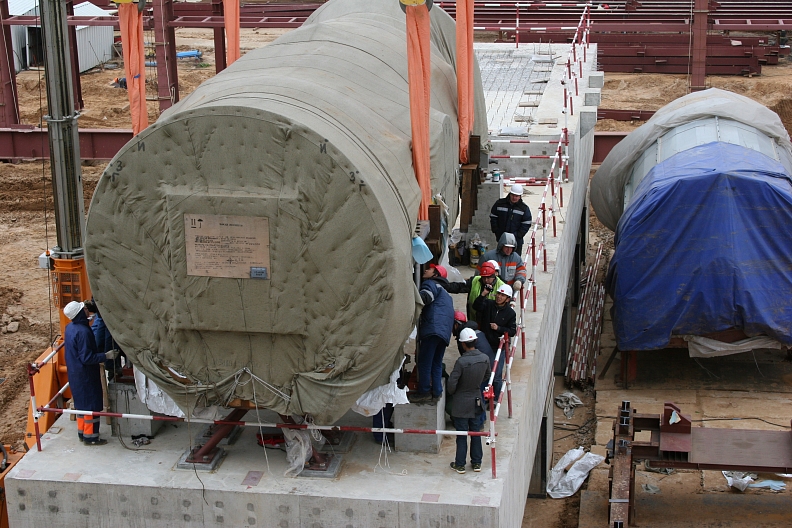 RusHydro to modernize four projects in FEFD, not five as planned

The subject most discussed by the energy community last week is involvement in the non-market sections of the TPS modernization programme: in the price-control zones and within the quota of the government commission on the electric power industry. It became known last Friday that to the list of the TPS modernization projects in the price-control zones already submitted by EnMin to the government had been added four power stations of RusHydro in the Far East. RusHydro had adjusted its plans at the eleventh hour, expanding the Vladivostok TETs-2 upgrading project and dropping the Komsomolsk TETs-2 modernization project. It is unclear how much the projects on the list put before the government commission will cost: previously RusHydro estimated total investment in the five projects in the Far East at 153 bln roubles; neither EnMin nor RusHydro has offered any updates.

Accounts Chamber: Sakhalin GRES-2 not yet on stream due to teething problems

It was assumed earlier that the generation upgrading programme in the price-control zones can also cover the power assets in Arkhangelsk Oblast and in the Republic of Komi. But gencos had filed no additional bids for modernization outside the free-price zones not arrive, Peretok was told by the EnMin press service., no requests had been filed. The day before, TGK-2, which is active in the specified regions, published a release, which again criticizes the results of the capacity modernization auction (CMA), where none of TGK-2’s projects qualified. The genco also reported on the conference that was held by the vice-premier 23 April: there the company’s CEO Nadezhda Pinigina asked Dmitry Kozak to adjust the terms of the modernization programme, and specifically include on the shortlist of projects measures to be implemented in the price-control zones, particularly in the Russian Arctic, including Arkhangelsk Oblast. Ms Pinigina did not take the floor during the proceedings and made no suggestions, reports one of the attendees.

Unhappy with the CMA results, TGK-2 submitted no upgrading projects for price-control zones

But two days later EnMin’s statement said that TGK-2 had not filed requests to join the modernization programme in the price-control zones. The genco may have simply confused the deadline for bids. By government decree No 43 of 25 January, EnMin jointly with EcDevMin are supposed to put before the government commission within three months a draft list of generating assets to be upgraded (refurbished) or built in the price-control zones of EPCWM. The decree was published 30 January and came into effect 7 February. TGK-2 could have assumed that EnMin would accept paperwork until 7 May, sources in the electric power market speculate. However, Alexander Novak’s agency explained earlier that the deadlines were set for the ministries; the gencos were supposed to file their bids by 25 April.

Thus to date, RusHydro’s four projects are the main bidders for modernization in the price-control zones. 29 April Kommersant also reported bids for TPS upgrading within the government commission’s quota (1.65 GW in  Among the projects bidding for the programme within the quota, ten (totalling 3.6 GW in capacity) are in the first free-price zone; of them nine seek replacement of gas turbines.

Fairly intense competition within the quota was expected; EnMin suggested a number of criteria for ranking bidders: cost, cogeneration upgrading intention and innovations. Each of the criteria, the ministry proposes, will have its weight; the bids with the highest total scores will be accepted. It was expected that the final meeting of the government commission to approve the list of upgrade projects would take place 20 May, but it has now been moved to June, with no date as yet set, two industry sources report. Some gencos are still aggressively lobbying for their modernisation projects in the Cabinet, sector insiders comment.

A lot of resonance was found in the distribution segment by a decision of the Constitutional Court, which last week upheld the right of market players who have lost the status of TSO [heat distributor (HD)] to recover the upkeep of the networks they still own. The government is supposed to develop a recovery mechanism before the year is out, but it will have retroactive effect — small discos will probably have to absorb their current losses.

It came to light last week that no fewer than two companies would like to acquire some of the hydrogeneration assets of TGK-1, controlled by Gazprom Energokholding. GEKh’s junior partner in TGK-1 — Finland’s Fortum — seeks to go green in Russia and wants to acquire TGK-1’s hydrogeneration assets, offering an interest in the genco and some of its heat generation assets in Western Siberia and in the Urals. At the same time, Rusal is working, with the blessing of the Murmansk Oblast authorities, to purchase or rent from TGK-1 Niva GES-3 (155 MW) and renew a preferential contract for the supply of power with the Kola AES. GEKh takes a dim view of the moves of its Finnish partners and the Russian aluminium producers alike.