Peretok Light: highlights of the Russian and global power sectors for 15 to 21 April 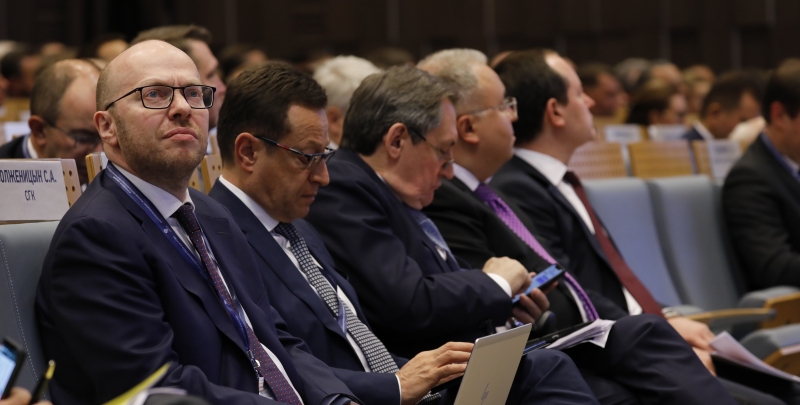 Last week, two major events became the focus of interest of the Russian electric power community. On Wednesday, the Moscow Arbitration Court rejected the first of four similar claims of RUSAL structures against “Unipro”: metallurgists demanded recovery of “unjustified earnings” in the amount of 385 million rubles allegedly received by power engineers after the fire at the 3d power unit of Berezovskaya GRES in February 2016. However, what bothered generators most of all was another demand of RUSAL — to terminate the capacity supply agreement (DPM) for the Unipro power plant. These demands did not suit not only the power company, but also the regulators of power sector. Last Monday, Peretok talked about why the termination of an agreement regarding a single DPM facility would generate legal risks for the entire CSA scheme under which around 30 GW of new capacity has been built in Russia over the past 10 years.

Two days later it became known that the court agreed with the arguments of the regulators and rejected RUSAL’s claim. Three other claims of the aluminum holding subsidiaries to the court were written “on carbon paper” and contained the same arguments as the first lawsuit. Now, after awarding the first judgement, the chances of rejecting the remaining claims have increased significantly, corporate lawyers cautiously suggest.

On April 19, top managers of the largest Russian energy companies and heads of power regulators took part in the All-Russian meeting on the results of the autumn-winter period (OZP). Along with accidents and reliability issues that are traditional for such events, a lot of time was devoted to sideline discussions of the results of competitive capacity selection (KOM) intended for modernization and to the governmental commission meeting on electric power development, to be held on May 20. The meeting is planned to approve the results of the “market selection” and determine a list of projects to be included in the renewal program under the commission’s “non-competitive” 15%-quota.

After a competitive distribution of the main volume of the modernization quota for the first three-year plan (with the introduction of updated capacity in  generators continue now to look for a solution to a more distant problem — localization of the production of gas turbine, which has not yet been manufactured in Russia. On April 16, it became known that the European Commission approved a joint control of REP-Holding and Italian Ansaldo subsidiaries over a new Russian-Italian joint enterprise, which plans to engage in production, localization and marketing of gas and steam turbines in Russia and the CIS countries.

In the same Tuesday, the Ministry of Industry and Trade declared its plans to hold a competition in the second quarter for the right to receive subsidies for the creation of domestic gas turbines. The main applicant for receiving a state order with a volume of state co-financing of 7 billion rubles for three years is Alexei Mordashov’s “Power Machines.” The machine-building holding obviously needs additional funds. On Wednesday, Silmash presented its RAS reporting for the first quarter: the net loss “year to year” increased 1.8 times, reaching 3.3 billion rubles in the first three months of this year.

On Friday, it became known that “Inter RAO” increased its share in the joint enterprise (JE) with GE for the production of gas turbines from 25 to 50%. The generator received a share of the United Engine Corporation (UEC) incorporated in Rostec. Last fall, the Inter RAO head, Boris Kovalchuk, reported that the company was negotiating the purchase of a 25% share of UEC in the joint enterprise of both companies with GE. Inter RAO wanted to receive this share in the account of the debt of Rostec subsidiaries to Inter RAO because of fines for breakdowns and shutdowns of turbines manufactured by another joint venture of both companies — “Rosnano.” Boris Kovalchuk also noted that in the framework of the JE with GE, Inter RAO is running negotiations on up to 100% localization of medium and high power turbines production in the Russian Federation. As conceived by the generator, obtaining the UEC’s share in the joint enterprise with GE should be the first step towards the real creation of a localized production of gas turbines in Russia.

Both generators and consumers continue to worry about the final decision of legislators on reducing or not reducing the share of regulated contracts (RC) that imply selling energy to consumers in some regions not at market conditions, but at a fixed, artificially low price (compensated by additional burden on consumers in other regions). The main participants of the energy market jointly tried to convey their position to the legislators. Industrialists and energy companies sent a request to the State Duma not to expand the list of RC regions with Trans-Baikal Territory. Now the government is trying to limit the list to nine energy-problem regions at the level of federal law.

Osipov: “The authorities of Transbaikalia will seek a special tariff regime for the region”

After a couple of days, the acting governor of the Trans-Baikal Territory, Alexander Osipov, confirmed the worst fears of the power engineers. Regional authorities insist on the inclusion of Transbaikalia in the list of RC regions. The regional head is not embarrassed by the fact that it is the Russian Railways that gains the main savings from the possible subsidization of Trans-Baikal tariffs, which will not have an effect on the economy of the region.

Pavel Livinsky, the head of “Russian Grids”, distinguished himself at the meeting on the results of the autumn-winter period by another unexpected statement. He reanimated the idea of his predecessor Oleg Budargin by saying that the holding would like to get an operating control over the Russian Railways power grid complex. The Russian Railways top management was quick to say that they did not even discuss this idea with “Russian Grids”: the operating control over the power grid complex is not for transferring, Russian Railways itself can manage its operation.