Peretok Light: highlights of the Russian and global power sectors for 25 November - 8 December 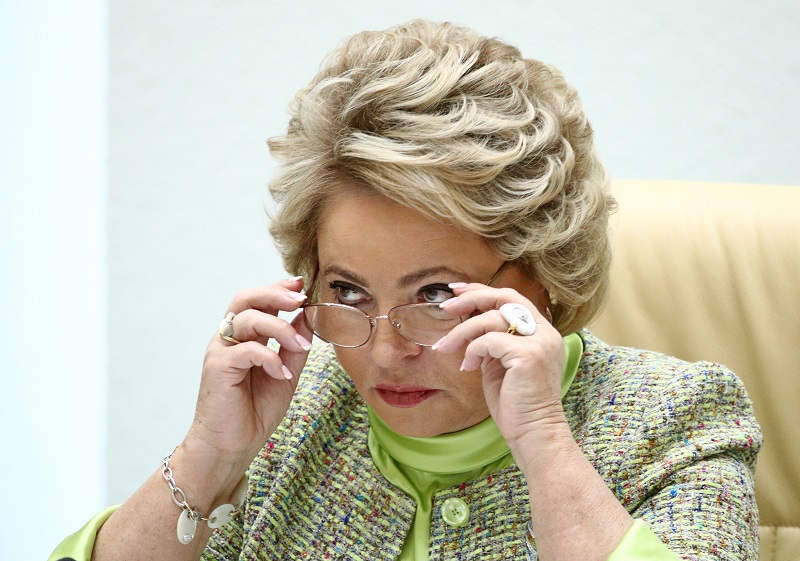 The pre-Christmas slump, which has already affected the electricity sector, was disturbed by two pieces of news breaking on the same day late last week. The first one proved sensational and amusing to some extent. When meeting 6 December with the state secretaries of ministries and agencies, Valentina Matviyenko, speaker of the Federation Council, reprimanded them for dragging their feet on secondary legislation. She cited EnMin as an example (the meeting was attended by Anastasia Bondarenko, deputy to Alexander Novak), which still had to approve regs for the installation of smart meters across the board. EnMin later gave the lie to Ms Matviyenko, saying that they had submitted all documents to the government in a timely fashion. During the meeting with the civil servants, the head of the Federation Council promised to punish the ministry of Mr Novak and not to vote to reschedule the introduction of the new system of responsibility for electricity meters in Russia. But such a move can deal a heavy blow to discos, which are the ones asking the government for a deferment.

Several hours after Ms Matviyenko's speech, EnMin published draft government decree describing a mechanism to develop at the expense of the energy market experimental generating units to run in gas turbines that have yet to be made in Russia. The document has no surprises; all the parameters set forth have already been discussed in the sector: 2 GW, a three-year grace period on fines etc. The proposed amendments to the EPCWM rules, however, effectively determine the parameters of the second portion of the TPS modernization programme and make it possible to sum up the interim results.

If the proposed mechanism is put in place, then a shade less than 17 GW will be taken from all 2022–2025 quotas; over its last six years, the programme can upgrade up to 24 GW. Initially, the authorities planned to update up to 41 GW for 1.9 trln roubles over 10 years. The new mechanism does not really affect the figure, but it will not include the upgrades in the Far East (2 GW, 200 bln roubles) or up to 2 GW of experimental capacity to run in gas turbines, which will also be financed as part of the modernization mechanism (94.2 bln roubles in the 2021 prices, 145.8 bln roubles adjusted for ROI). The resulting costs of the programme (including 70–80 bln roubles of expenditures projected for the government commission's quota for 2025) will only amount to 228–238 bln roubles (13.4–14% of 1.7 trln roubles) in the first four years.

For the time being, however, the question of gas turbine run-in is not a top priority. On 3 December Minpromtorg announced the end of the submission period for a government grant to develop and set up production of such equipment in Russia. The authorities promise to allocate up to 7 bln roubles for project co-financing. Initially, Alexey Mordashov's Siloviye Mashiny was the only bidder, requesting 5 bln roubles of public money, but the project was rejected on efficiency considerations. Minpromtorg was then forced to issue a new invitation to bid, and a single bid was submitted again. Who the bidder is and whether he will receive public funding will be known this week.

Rostekh reported at the same time that mass production of gas turbines under a competing Russian project, GTD-110M, can start as early as next year. To date, the equipment, which has been on the test bed since 2012, has clocked in at 3 thou. hours as part of pilot production; the next milestone is expected to be 8 thou. hours.

Rostekh deputy CEO: “The first mass-produced GTD-110M gas turbines will roll off the line in 2020”

Having been rescheduled a number of times, the start-up of Sakhalin GRES-2, if anything, brought more headaches for the RusHydro management. Brought on stream in test operations last May, the overdue construction project was officially put into service 25 November, and a few short days later the second power-generating unit of the GRES went down. The very same day, Yury Trutnev, vice-premier and presidential envoy to the Far East, who was attending the start-up ceremony at the station, told RusHydro CEO Nikolai Shulginov to get to the root of what happened and report.

Among the hottest topics at the end of February was the system of green certificates, which is expected to give green manufacturers access to RES energy. There isn't much skin in the game, obviously: the sector does not expect the new papers to be in high demand. But it is important to run in the mechanism for a gradual move from RES support at the expense of EPCWM consumers to other ways to promote green generation. Alternative energy providers reject the Market Council's proposal to deduct the income from the sale of green certificates from the cash flow under DPM VIE [renewable energy source electricity availability contract (RES EAC)]. EnMin decided take a time-out until spring, and asked RES generators meanwhile to prove that their financials will take a hit in case of refusal to pay “twice” for energy that will be sold under the certificates.

RES generators asked to back up their claims

We round off with a few more major news items of the last two weeks: