ArticlesPeretok Light: highlights of the Russian and global power sectors for 18 to 24 March

Peretok Light: highlights of the Russian and global power sectors for 18 to 24 March 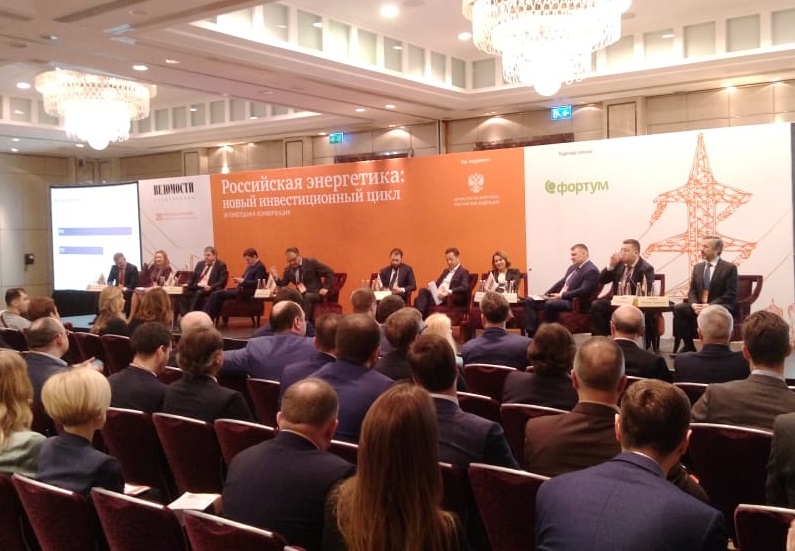 
By now traditional, reshuffles of Russian governors in the run-up to the next electoral cycle in the provinces have this time around had a major impact on the energy sector, too. Last Tuesday the presidential press secretary Dmitry Peskov announced the appointment of Alexey Teksler, first deputy head of Minenergo [EnMin], as acting governor of Chelyabinsk Oblast.

Mr Teksler oversaw the electric power sector from November, when Vyacheslav Kravchenko retired as dep of Aleksandr Novak for the sector. After last year's reshuffles, a number of industry insiders were apprehensive that EnMin could put the electric power industry on the back burner. After Alexey Teksler's relocation to Chelyabinsk, the situation went from bad to worse. Mr Novak gave the sector to another of his deputies, Anatoly Yanovsky, but that move was temporary, EnMin hastened to add.

EnMin sources say that the appointment of new sector supervisor can go through promptly: the discussion of deputy minister nominations for the job did indeed start in short order. Late on the same Tuesday, Kommersant reported, citing its sources, that the main bidders for the vacant post were Yevgeny Grabchak, head of EnMin's Electricity Industry Supervision and Administration Department, and Ilnar Mirsiyapov, former top manager of Inter RAO. The former's candidacy, according to the publication's sources, is supported by RF Presidential Aide Andrey Belousov. Both aspirants are well known in the energy sector, but market insiders believe that both have supporters and influential opponents in the professional community.

Last Thursday power providers continued losing governors. Hard on the heels of Mr Teksler were sent down to run provinces Denis Pasler, head of T Plyus (controlled by Viktor Vekselberg's Renova), and Andrey Chibis, deputy head of Minstroy [Construction Ministry (BuildMin)], who talked to the energy producers about the introduction of controversial GIS ZhKKh [National Information System of the Housing and Utility Sector (HUSNIS)] and was in charge of digitization at his ministry.

Bringing up the rear in last week's “resignation parade” was Kvadra: It became known 21 March that the sector's problem company had been left at the same time by two top managers – the CEO deputies Svetlana Nikonova and Konstantin Bessmertny. They left as early as February, Kvadra elaborated.

Turbines in central Russia, boilers in Siberia, proposals at EDM

Staff reshuffles were the central focus of the discussion behind the scenes at Vedomosti's energy conference titled "Russian energy sector: new investment cycle", which took place 20 March. Of greatest interest on the official agenda was the discussion of the outcome of technical bids for TPS modernization projects. The price bid will be submitted early in April, but experts have already managed to estimate the level of competition, which has proved to be substantial, contrary to the expectations of certain analysts.  At the same time, Minekonomrazvitiya [Ministry for Economic Development and Trade (EcDevMin)] suggested renegotiating the terms for the projects to be included in the modernization programme within the government commission quota; the initiative was quickly shot down by gencos.

Against a backdrop of the modernisation tendering already in progress, gencos, the key programme beneficiaries, continue discussing with stakeholders from the engineering sector the prospects for cooperation and setting up equipment manufacturing in Russia, including for gas turbines. These can conceivably be needed at the second stage of the programme when it is time to replace combined-cycle plants that are less worn-out than cogeneration ones.

In a major development, Fortum is expanding into Russia's distribution market. Before, the subsidiary of the Finnish group focused its efforts on generation; the profit margins in the distribution segment, however, incentivize gencos to expand into this market. The company later confirmed that: Fortum and EK Vostok is bidding for the status of default provider in Chelyabinsk Oblast, where Aleksey Teksler will make his governorship bid in the autumn.