ROSATOM has recently announced the creation of the "Arctic portfolio" – a package of solutions, products and technologies designed for development of the Arctic. Viacheslav Pershukov, Deputy CEO for Innovation Management at ROSATOM, told Peretok.ru about the role nuclear power should play in this large-scale project. 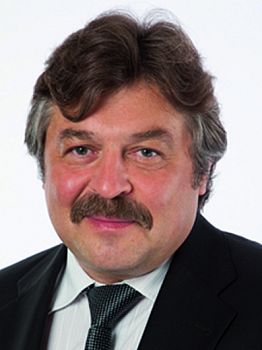 Development of the Arctic is a solution to Russia’s strategic development goals for the next 20 years. By getting a foothold in the region our country will obtain access to new offshore oil and gas reserves. The US Geological Survey estimates Arctic reserves at 90 billion barrels of oil, 47 trillion cubic meters of gas and 44 billion barrels of gas condensate. That's about 25 percent of undiscovered reserves and 1.5 times more than the proven reserves of Saudi Arabia. That provided, Russia’s share in Arctic resources is 52 percent.


The government plans for the Arctic shelf to account for 20-30 percent of Russia's oil output by 2050. But our interviewee says large-scale exploration of northern latitudes might be even more difficult than near-Earth space exploration. The Arctic's extreme conditions require special technologies that are readily available from Russian nuclear experts.

Arctic math
– Viacheslav Alexandrovich, why did the state corporation decide to get involved in the Arctic?
– Development of the region is perhaps the most overarching project the Russian Federation is currently working on. The Arctic has huge hydrocarbon reserves and other natural resources. Power supply is the most important issue for any field development and we have ideas on how to solve that issue. For us, the Arctic is an area where we employ the technologies that have already been tested in the industry.

– What technologies exactly does ROSATOM offer for the Arctic?
– We are talking about a series of small modular nuclear reactors that support the activities at settlements, cities, military bases and production platforms during the initial and most difficult stages when no other power source is available. When you have associated gas and oil, then you can switch from nuclear power to other sources. But at a stage where you are just getting ready to develop a field there is perhaps no alternative to modular nuclear units. Life in the Arctic only exists where there is heat. Electricity can be stored or delivered in batteries, at least low-power, but heat cannot be stored, it has to be constantly produced. When we were beginning to look into the matter with Spetsstroy, we often heard: "We can deliver electricity in superconducting storage batteries, we can deliver it in KAMAZ truck batteries, but we need heat." So we offered low-power cogeneration nuclear power modules. We are talking concepts designed specifically for the Arctic shelf – a 5 to 20 megawatt line. Besides, our interest in the Arctic is due to technological opportunities in areas related to power supply: nanomaterials, special coatings, electrophysical apparatus, composites, measuring, control and safety systems, shipbuilding. Finally, I could mention the beginning of the construction of a new icebreaker fleet, but it is a well-known fact by now.

– What is a modular power supply system?
– The modularity principle means that units will be fully assembled at plants. Then they will be delivered to the site and hooked up to the water supply system, networks and other infrastructure. It’s very simple: you get there, put it up, and remove it after 25 years.

– Are you saying that there are no other active onshore plants in your line besides VK-50 and the Bilibino nuclear power plant?
– There are not, but that has never been an objective before. The thinking was that everything can be delivered to the Arctic under the Northern Supply program. It can be done for exploration or low consumption, but what if there is a need to find new locations for the platforms or there are difficult ice conditions? One kilowatt-hour costs 30-40 rubles under Northern Supply. For comparison, you and I pay about 3 rubles. It's as simple as that: what kind of economy will be able to support offshore exploration if power supply is 10 times more expensive than that from the power grid?

Small but mighty
– You said all plants intended for the use in the Arctic have a low capacity. What numbers are we talking about?
– We plan to split the line of reactors into three groups: micro generation up to 1 megawatt, medium level 20-50-100 megawatt and maximum capacity for the Arctic up to 300 megawatt. There are five or six prototypes at the development stage, all in various states of completion. But I can say that we are totally on the Arctic development schedule slated for 2040.

– Who will make these plants?
– ROSATOM has its own engineering facilities, while smaller plants can be made at the Afrikantov Experimental Design Bureau for Mechanical Engineering in Nizhny Novgorod and at NIKIET in Moscow.

– What is so special about the technologies intended for use in the Arctic?
– They are more reliable. Our plants are going to have to work in extreme conditions, thus the need for system backups, framed structures, special anti-icing chemical agents. Besides, the only correct and best solution that will allow us to build reactor plants without passive safety systems is to have fewer systems, which can only be accomplished by lowering the plant's capacity. It has been proven that reactors can be absolutely safe at capacities less than 300 megawatt, thus the main feature of the plants that we offer – low capacity.

Joint effort
– What is the status of proposals and who is working on that?
– An inter-agency working group has been set up at the initiative of Spetsstroy of Russia and State Corporation ROSATOM. We have invited officials from United Shipbuilding Corporation, the Ministry of Defence and other relevant ministries and agencies. The goal is to put together a federal target program for power supply and environmental support of the Arctic shelf development. The working group is scheduled to convene by the end of the year with representatives of oil and gas companies and experts from the Ministry of Economic Development. Preliminary work will be done by the middle of next year. Besides, the group is supposed to come up with solutions for some specific issues related to supply of special materials for the shelf and northern territories' development program. ROSATOM already has some technical and technological solutions that can be implemented using Russian facilities.

– Who is the potential customer for the technologies that ROSATOM is offering?
– First and foremost, they are the largest domestic oil- and gas-producing companies Rosneft, LUKOIL, Gazprom.

– Have you made any specific agreements with them?
– We will reach agreements later – after the interagency group wraps up work. For the time being, we are taking requests, so to speak, we are talking to each other so we know which way to go.

– When should the next step be expected in the program elaboration?
– We would like to have the program ready by the middle of next year so we can submit it to the government for approval. To that end, we have a specific procedure, we have standards. The program will have to pass a modernization commission first.

– ROSATOM is currently working on a battery technology that can also be used for power supply for facilities in the Arctic region. Is it going to be a part of the consolidated proposal?
– Yes, we are working on the battery issue, too. We have a large high-temperature superconductivity program which deals with accumulators as well. But at this stage, we don't have an understanding of how well they are suited for use in the Arctic.