Inter RAO has one of the most extensive investment programs among Russian power companies. It is obvious that the major load of its implementation falls on the engineering division of the holding. 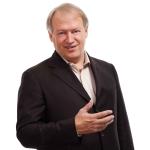 Inter RAO has one of the major programs for construction of new facilities under the capacity delivery agreements (CDA) in the industry. How many more construction projects are planned?

Since 2008, we have implemented 10 projects for construction of power facilities and have commissioned generation facilities with the total capacity of 2.4 GW. All the projects vary greatly: some of the facilities were built at new sites, while others were constructed at the plants already in operation. The regions, fuel types, equipment configuration and scheduled deadlines are different, which requires construction workers to have extensive expertise.

During 2013 only, we completed implementation of the projects for capacity expansion at Omskaya CHPP-3 and Gusinoozyorskaya TPP; besides, a completely new power plant, Dzhubginskaya TPP, was built. In February 2014, we have commissioned the first power generation unit at Yuzhnouralskaya TPP-2. The construction work for another 6 power units with nearly 2.5 GW of aggregate capacity is currently well under way.

IN COMPLIANCE WITH IOC’S REQUIREMENTS

A number of industry experts admit that Dzhubginskaya TPP, an Olympic facility, is one of the most technologically advanced Russian power plants. What technologies and equipment were used during its construction? What was the principle of their selection?

Dzhubginskaya TPP is today indeed our pride, not only because it is an Olympic facility, which was built on schedule and in compliance with the highest standards of quality. We had to build this greenfield facility under adverse climatic and seismic conditions over a short period of 2.5 years. Furthermore, we had to take into account the necessity to ensure maximum safety of the region’s natural features. These were, incidentally, the requirements of the International Olympic Committee. As a result, the environmental impact is virtually nonexistent.

The key objective of the new plant is to provide stable power exchange between 110 kV and 220 kV grids, which allows to efficiently build up the regular reserve of power supply for all consumers in the region. This is the reason why we used the most flexible gas turbines manufactured by GE, the best in their class in terms of cutting-edge technology and performance. These gas turbines currently ensure the highest efficiency factor for open cycle operation – 41.9%. The facility itself was based on the reliable state-of-the-art modular configuration that allows to considerably optimize its maintenance. We used technical solutions that ensure enhanced security of the plant against natural disasters, a high level of seismic resistance and an effective environmental protection system.

Apart from Dzhubginskaya TPP, timely completion of CDA projects is virtually unprecedented in Russia. Why do you think this is the case? Is it due to lack of planning?

Naturally, a great number of technological and logistical risks emerge during implementation of any large-scale project. There is a risk to come across low-quality equipment or problem contractors. For each project, only the delivery of main equipment that weighs hundreds of tons over a distance of thousands of kilometers is a unique transportation operation involving a wide range of complicated tasks.

The most annoying problems can occur at the pre-commissioning stage during equipment tests. Even equipment produced by reputed world leaders in power plant engineering is not entirely fail-safe in such situations. Elimination of failures and debugging requires time, which is always short, spare parts that need to be manufactured and delivered on site, and additional manpower.

In a manner of speaking, we “inherited” most projects from former owners of generation assets. Each project claimed special attention, and each had its own pitfalls. We didn’t just have to develop from scratch a management system for diverse projects, which had already been launched; we also faced the necessity to optimize project and technological solutions along the way. We came across quite a few issues, for instance, insolvent contractors or occasionally demotivating contract terms stipulating enormous advance payments. We were forced to thoroughly analyze the situation for each relevant facility, look for possible solution options, and try to alter the terms of originally disadvantageous contracts. We changed fundamentally the very system for this process management, and consequently the costs of Inter RAO Group’s projects under the CDA have been reduced by almost RUB 6 bn compared to the initial terms.

For example, the delays in implementation of the project at Gusinoozyorskaya TPP were caused by the same issues I have already mentioned – insolvent contractors and failures to meet all possible deadlines for construction works, before the asset was even acquired by the Group. The situation with Cherepetskaya TPP project was altogether different: it was decided to include in the main equipment configuration what was essentially a pilot prototype of boiler equipment, more high-end and efficient than it had been initially planned. In this case, we definitely realized that all losses incurred due to rescheduling would be compensated by technical capabilities of cutting-edge equipment during the operation stage.

The reasons for any adjustment of the onsite construction schedule are generally the same. A great number of participants are involved in any big project: contractors, subcontractors, suppliers, transportation companies, infrastructure organizations, and regulatory agencies. Even the most insignificant failure or delay can affect the deadline for implementation of the overall project. We do our best to minimize such risks. This is one of the most important objectives during project management organization.

Partnership with which global equipment manufacturers does currently guarantee high quality of energy facilities under construction? What companies does Inter RAO – Engineering cooperate with?

We interact with most world leaders in power plant engineering for different projects. At the same time, our partnership with GE is today of key importance for us. We extensively cooperate within the framework of the Russian Gas Turbines LLC, joint venture aimed at development of production and maintenance of 6FA gas turbines in Russia. The company’s main manufacturing facility is a plant in Rybinsk (Yaroslavl Region) with the design capacity of 14 turbines per year. We expect the plant’s construction to be completed and production of first turbines to start this year already. In this project Inter RAO – Engineering acts as a supplier of end-to-end solutions based on 6FA gas turbines, which include a whole range of works and services for all stages of the power island’s life cycle during construction or modernization of power facilities. Nowadays, our company is a center of development of sample projects based on this equipment.

Do you plan to work with companies of Inter RAO Group only or intend to enter the external market?

We are ready to work in the external market. Moreover, we see it as one of the companies’ strategic objectives. I can say that even now we already have a unique selection of references, which makes us quite competitive.

Then, what are your plans for the period following completion of commissioning under CDA?

Today, the CDAs essentially mean new facilities. The demand for them has its own limitations. However, a number of facilities currently in operation are already close to the limit of their life span and require substantial modernization. We are thoroughly exploring this market. Besides, we are prepared to work in other markets, which determine the current demand – the distributed generation and microgeneration markets. The renewable energy sources (RES) market is also potentially interesting.

Even now, the Group’s engineering portfolio has extended beyond the scope of the CDA. Thanks to efficient work of Inter RAO – EXPORT, which promotes the Group’s engineering services in foreign markets, we have quite effective cooperation with power companies in Ecuador and Venezuela. We currently have an ongoing contract with CELEC EP, an Ecuadorian state-run company, for construction of a combined cycle power plant at Termogas Machala TPP. Upon completion of the project, the plant will be the first thermal power plant in Ecuador to operate in a combined cycle, while its installed capacity will grow by 170 MW. The contract includes provisions for design, delivery, construction, installation and commissioning of an additional 6FA gas turbine and a 100 MW steam turbine, as well as construction of power transmission lines and turnkey expansion of two existing substations. By the way, the project is funded at the expense of export financing arranged with participation of our specialists.

In Venezuela, we are supplying 13 gas turbines for Petróleos de Venezuela, S.A. (PDVSA). As of today, 12 turbines have been completely manufactured, while 4 of them have already been shipped to the customer.

Markets of what countries are also of interest to you, and why? What is the key factor for entering one or another market?

Expansion of our presence in foreign markets is a matter of principle for us. We primarily target the markets of strategic interest for the company. These include not only the CIS countries, our traditional partners, but also the states of Latin America, first of all Ecuador and Venezuela I’ve mentioned before. Besides, these are also Southeast Asian, Middle Eastern and North African countries. We believe, we have good opportunities for development, particularly in the regions where the stand of the USSR was traditionally strong. Energy facilities in these countries were built by Russian specialists who used Russian technologies. Our experts know these markets, their requirements, demands and potential. Certainly, this groundwork needs to be used as effectively as possible. However, we do not narrow down our horizon to these options only. We actively enhance our competences, develop our cooperation with international companies and we are quite ready to build partnerships and consortiums in the markets where our independent actions cannot yet be sufficiently productive.

The development strategy of Inter RAO – Engineering includes expansion of business activities in related industry markets. What is meant by this? What opportunities does the company have nowadays, apart from development aimed at conventional construction and modernization of power facilities?