Interviews“Each Trial Means the Company’s Reputation for Us”

“Each Trial Means the Company’s Reputation for Us”

Stability of any large company depends on its lawyers’ work. In Inter RAO, the range of authorities of the Legal Affairs Unit is much wider compared to similar departments in other conventional companies of the industry. In addition to the teams working on legal support of M&A transactions, tax and corporate structuring of foreign assets, management of subsidiary holding companies in the Netherlands, Cyprus, Belgium and other countries, the unit’s new responsibilities include tax legal relations, cooperation with tax authorities and transfer pricing. These problems, as well as the market model related legal issues, were at the heart of the discussion held in the framework of St. Petersburg International Legal Forum in May 2013. One of the roundtable sessions was moderated by Alexander Pakhomov. 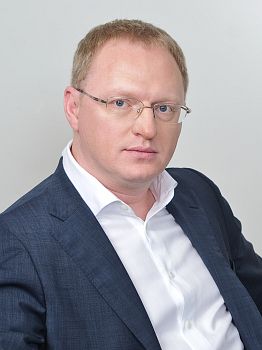 Each trial means the company’s reputation for us. For example, over the last month, judgments for a total of RUB 250 million were rendered in our favor. This figure covers only the parent company, without account of pre-judicial proceedings and debt collection across the market. It would surely be much higher if taking into consideration the entire Inter RAO Group. The largest case we won last year was a trial between OGK-3 and the Tax Service for RUB 1.7 billion, which resulted in the judicial act of the Supreme Commercial Court. All in all, Inter RAO Group won over 1,400 cases totaling more than RUB 11 billion over the last year. This efficiency was driven by highly professional lawyers of the Group’s companies. I believe that Inter RAO Group and its subsidiaries have the strongest team of lawyers and tax specialists in the industry at the moment.

Recent high-profile proceedings include a dispute between generators and Energostream companies concerning debt collection. What is the current status of this process? How are judgment debts to Inter RAO collected?

I mean, winning a case is one story, but debt recovery is a totally different one.

The current situation with Energostream is due to the lack of a system of guarantees on the part of consumers in the market. Apart from anything else, troubles with power supply in the Caucasus arise from the special status of regulation in the market and non-payments by the consumers. Nevertheless, practically all court decisions on collection of debts in favor of Inter RAO from Energostream Group and other troubled consumers have either been obtained or are at the final stage.

However, as you said, getting a court decision does not mean getting money, especially when the debtor is a bankrupt. In case there is no possibility to collect the debt we work in two areas: the first one concerns exercise of the rights of claim to the debtor by the third parties, the second one involves debt repayment through the rights of claim of guaranteed suppliers to the end consumers.

In addition, there is no secret that some of the money that Energostream companies have not repaid to the generators remains in foreign jurisdictions. Now we are cooperating with Gazprom Energoholding and IES-Holding in search for foreign assets of Energostream’s shareholders. In essence, the process is about initiating criminal proceedings in various foreign jurisdictions and in Russia in order to return the money that has been illegally transferred to offshore financial centers through. This is a test case for Russia; and if it demonstrates positive dynamics, this will mean that the principle of inevitability of punishment for frauds in the power market has been put into practice. And no foreign assets will help the wrongdoers.

Is it right to say that large power companies unite in order to lobby for their interests in the industry and collect debts from consumers?

As for the collection of bad debts, you are right: all sellers are on the same side of the fence. They have joined their efforts to influence the industry law and cooperate on the debt collection issues. Inter RAO is now playing an active part in the rulemaking process at all levels, including NP Market Council, the Russian government, the State Duma, the Russian Union of Industrialists and Entrepreneurs and the Chamber of Commerce and Industry. For example, at the meeting held on May 21, the Supervisory Board of NP Market Council accepted amendments to the wholesale market participation agreement that we had suggested. These amendments cancelled the obligatory extrajudicial dispute resolution procedure in the wholesale market. This will allow generators to save from three to five weeks previously spent on receiving writs of execution against debtors, which is quite a substantial period of time given endless bankruptcy proceedings.

However, lobbying interests in the industry and rulemaking is a different story. Energy companies are not as united as oil and gas companies. I think this is due by the fact that major industry players often belong to different economically influential groups with varying interests. Naturally, these groups have different, and often opposite, objectives with regard to business and legal practice development.

Various teams have proposed to manage non-payers through introduction of criminal responsibility for non-payments.

Speaking about individual consumers, it would not be a reasonable measure from both the social and the legal points of view. Ordinary consumers (individuals) and power supply companies have civil law relationships. The Criminal Code already contains two provisions (Articles 159.4 and 177) on responsibility for evasion of the repayment of debts. We may admit, though, that these provisions are not actively enforced at present.

Moreover, the industry law and technical equipment in the commercial accounting system is far from being perfect, which may often cause difficulties in determining the amount of payment obligations. There have been a lot of arguments on this issue between consumers, power grid companies and suppliers. In the criminal law system, criminality of the act and unambiguous interpretation of the rules of law play an essential role. In the current industry conditions, it would be very hard to prove the criminality.

Anyway, what is the current progress on the issue?

I would not say that we are succeeding in it. In my opinion, this proposal has low potential for implementation. We are still applying the existing law and have been closely cooperating with the divisions of the Ministry of Internal Affairs to put the current and future regional statements against persistent non-payers under control.

What are other ways to deal with non-payers?

It is necessary to come up with a stronger mechanism for disconnecting consumers with large debts outstanding for a long time. If you do not pay for your mobile phone in Dagestan, it will not work. The same trends should be following with respect to the power. Since the government imposes a certain veto on disconnection of strategic and socially important consumers, it means that it should bear financial responsibility for them. This involves the improvement of the subsidy mechanisms, state guarantees and the budget for debts of privileged consumers.

Speaking about tax-related arguments, has the number of legal proceedings reduced after Inter RAO entered into a horizontal monitoring agreement with the Federal Tax Service last year?

The main benefit from participation in this project is the possibility to establish a constructive communication with the tax authorities and discuss taxation issues before the tax authority imposes sanctions and makes a decision. Another important advantage is the possibility to obtain advance tax rulings implemented in many countries with developed taxation systems, which helps companies reduce the amount of additional tax accruals. This cooperation has already resulted in the company’s conclusion of an amicable settlement with the tax authority on one of the arguments considered by the court. Inter RAO was the first Russian company to conclude such an agreement in the framework of horizontal monitoring not just for the benefit of its budget, but also for the benefit of the taxpayers. Today, the entire company and the tax authority are discussing the possibility of out of-court settlement of another argument considered by the first instance commercial court.

It is also important that, under this project, Inter RAO participates in building the tax authority’s position concerning taxation of certain business transactions with respect to the entire industry.

Another important area of your activity is contractual work. What is your main focus right now?

First and foremost, it is the development and introduction of common criteria for contractual work in the Group, which would eliminate corrupted elements, lack of economic feasibility when concluding contracts, conclusion of contracts beyond the framework of budgeting and business planning, and provide for more efficient procurement. Some of these criteria are already being applied, while others have been developed and will be also introduced as the Group’s corporate standard.

The Legal Affairs Unit’s plans for the near future include the development of a common contractual framework for the entire Group based on a unified IT solution, as well as optimization of procurement using standard contracts that have already been accepted in the Group’s companies.

Inter RAO has established a powerful international legal affairs unit. Why was it necessary?

Although the crisis resulted in the global trend to reduce the amount of M&A transactions, our company is rather active in the international market. At the end of May, we completed a transaction for the purchase of a Turkish power plant; besides, Inter RAO participates in the construction of Akkuyu Nuclear Power Plant in the same county, considers the possibility to invest in the wind energy sector, and studies the markets of Eastern Europe, the Baltics, Scandinavia and Latin America. Business in such countries as Georgia, Armenia, Tadzhikistan, Kyrgyzstan and Turkey, where the legal systems are rather immature and unstable, and in European jurisdictions with developed legal culture, determines the need for a strong legal affairs unit, which would protect the company’s interests to a high standard in any political and economic environment. Here is an example: last year, an Inter RAO Group’s company participated in legal proceedings where the claimants were Israeli citizens, the respondent was the Georgian government, the proceedings were held in the Netherlands, and the decision against the Georgian government was made by the International Court of Justice under the US jurisdiction.