Late last year, Russia’s Ministry of Economic Development suggested redistributing regulatory functions in the energy sector and setting up a Council for Reliability and Development of the United Power System of Russia. Utilities and consumers alike have been talking about the need for a new regulator for almost a year. We spoke to the person who made the proposal – Evgeny OLKHOVICH, Deputy Head of the Ministry’s Department for the State Regulation of Tariffs, Infrastructure Reforms and Energy Efficiency, and a member of both the Government Commission on the Development of the Electric Power Industry and Market Council’s Supervisory Board – to find out why the industry needs yet another regulator and what impact this may have on rate-setting policy. 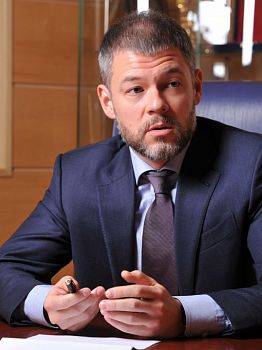 Does the existing regulatory system meet the power industry’s needs? What are its flaws and what steps can be taken to deal with them in the near future?

What a question right off the bat! [laughs] The Russian power industry has come a long way. At this point, I can say our medium-term reform goals have been achieved: the electrical energy sector has created a demand for investment. The economic environment can clearly change, however, and technology does not stand still, which leads to new challenges. We now see three sets of priorities. The first is to promote competition, while bearing in mind the trend towards decentralized power supply. The second is to find a long-term compromise over grid regulation that, above all, would include a mechanism for accurately estimating investment needs under changed economic conditions. The third set of priorities involves untangling the “knot” of social issues, which unfortunately continues to grow each year.

Looking for an optimal balance

Not only that. Unpaid bills are perhaps the least significant challenge. There’s a whole mess of issues with cross subsidization, which is now approaching 300 billion rubles a year, and certain other social benefits. For example, for those who consume less than 15 kW the cost of a grid connection is now far below what is economically feasible.

To what extent do current electricity prices hinder the industry’s development? Are they inflated or reasonable?

We are all very conscious of the fact that Russia’s economy is export driven. The flip side of this is its cyclical nature and sensitivity to external factors, which domestic regulation must take into account. At the same time, electricity prices – like any other infrastructure costs – are both costs incurred by the real sector and a prerequisite for supply. The government’s task is to find an optimal balance between the interests of infrastructure monopolies and business in general. That’s not easy. At the moment a weak global economy and excess energy capacity have allowed the government to, let’s say, curb the industry’s appetite for investment by holding down tariff growth. We have held to this policy for a number of years and, I think, will continue to do so in future.

As for prices, we believe that current tariffs are sufficient to finance development if the state and infrastructure monopolies all play an active role in optimizing the scale of investment and increasing its efficiency, as well as holding down growth in operating costs.

Given the economic crisis, how does the Ministry of Economic Development see rates moving over the next few years?

As I already said, right now we’re focusing on ways to improve the system so that it will function well in a new economic environment, not on trying to guess what the optimal rate would be. So, quite honestly, we anticipate no major changes in tariff policy. A consensus is now taking shape around the inflation-minus formula [i.e. indexing rates to a fixed percentage of the previous year’s inflation – Ed.] and, for the most part, we expect this policy to continue.

The CDA program has done what it was meant to: Russia has new power plants. Attracting future investment is still an issue, however. What ensures there will be further investment in construction? Who should provide funding for equipment upgrades, and in what form?

New power plants are still being commissioned under the CDA program, although most of the punctual investors will have theirs operating within the next year or two. Slowing consumption growth and the CDA program have together eliminated the risk of a capacity shortage in the medium term. If a particular part of the country still faces a shortage, the government is empowered to invite tenders for the construction of new plants on terms similar to those of the CDA, but there are very few areas where this could happen. In all other cases, we believe that economic signals will trigger investment. We have fine-tuned the new Competitive Capacity Selection (CCS) model to ensure that the investment community gets the right signals in advance.

Russia now has about 20 GW of unused capacity. How do you think this issue might be addressed?

The new long-term capacity market model was a great success. Excess capacity is no longer growing, although it is still high. We have to make space for state-of-the-art, efficient power generation. With the regulatory framework we now have, the recipe for this is clear: minimum technical requirements, sanctions on unreliable suppliers (fines for non-availability) and commissioning rules. If none of this works, we will have to make slight adjustments in the long-term capacity market, for example, by lowering the price floor. The first long-term CCS showed that current prices remain reasonable for most generating companies.

Over the past few years the power industry has seen many proposals to introduce long-term tariffs (RAB and so on). What is your opinion on this, and why do you think they haven’t been fully implemented?

The Ministry of Economic Development has always advocated long-term tariffs. As for RAB reform, we believe that all participants in the process made mistakes, leading to excessive rate increases on the part of grid companies for several years in a row.

Grid pricing has always been based on the cost of maintaining existing power plants plus capex requirements. That is probably where the biggest mistakes were made. Our Ministry believes that grid companies’ capex programs have invariably been far too ambitious, with investment targets exceeding real needs by several multiples. We are in no way against long-term tariffs; on the contrary, we believe they must gradually move from theory into reality. But that can happen only once we have an objective picture and consensus about power companies’ investment needs.

And the Ministry doesn’t have that picture yet?

It does. In our opinion, grid capex programs are excessive. This has a lot of negative consequences, including broader financial instability, the need for increased borrowing, surplus energy capacity and insufficient demand. Unfortunately, we’ve gone all the way from shortages to surplus in just a few years – far too quickly. So, yes, the Ministry of Economic Development does have a clear picture, but (regrettably) there are serious differences of opinion both within the government and at infrastructure companies.

COUNCIL FOR RELIABILITY AND DEVELOPMENT

In your opinion, which events of recent years had the most important impact on the power industry and energy market?

First, the wholesale market has become institutionalized. As we see it, this was possible because we had the right mechanism for stakeholder interactions in place and because were able to create a fair balance of interests. We can honestly say that the wholesale electricity and capacity market has moved a long way towards self-regulation.

Second, it became clear that the structure of grid regulation and the regulatory system itself both need further refinement. And they have to change together. More broadly, I’d like to stress that, in our opinion, Russia’s electric power industry has done very well during the current downturn, especially if you look at how other industries are performing.

So you are proposing to establish a new regulator, the United Power System of Russia Council for Reliability and Development. Why is it needed?

As long as investment needs are defined mainly by technical staff, the decisions will never satisfy all stakeholders. That is why the Ministry of Economic Development came up with the idea of creating a new collegial body, the UPS Council for Reliability and Development. We need to develop a platform that will, in each case, estimate investment needs automatically rather than manually, and choose the best technical solution.

The Council will not only serve as an advisory body: it will be empowered to make decisions affecting the industry’s future. We accordingly expect it to generate solutions that will resolve certain differences between us, other regulators and market players. In other words, for the industry to function smoothly, we believe the technical function performed by the UPS System Operator must be supplemented with an economic one.

How did market players respond to the idea?

Surprisingly, the idea received a very positive response from the industry. Of course, some of the underlying principles aren’t yet clear, but a wide spectrum of stakeholders worked with us on this initiative and they were happy with the idea. In fact, we only presented it publicly after securing support from top ministry officials and a majority of market players.